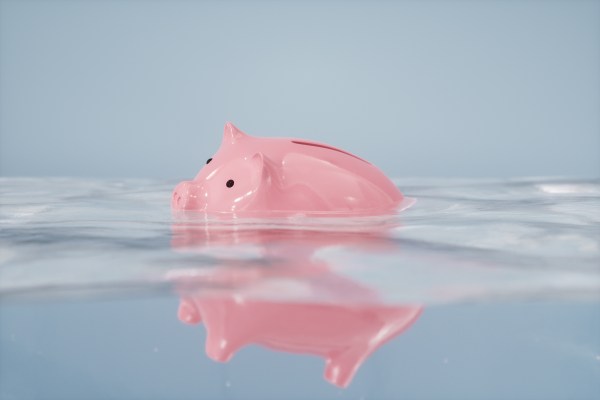 Schwark Satyavolu is a general partner at Trinity Ventures where he makes early-stage investments in fintech, security and AI. A serial entrepreneur, he co-founded Yodlee (YDLE) and Truaxis, both of which were acquired. Previously, he held senior executive positions at LifeLock and Mastercard. He is an inventor on 15 patents.
More posts by this contributor

We are living through one of the nation’s longest periods of economic growth. Unfortunately, the good times can’t last forever. A recession is likely on the horizon, even if we can’t pinpoint exactly when. Founders can’t afford to wait until the midst of a downturn to figure out their game plans; that would be like initiating swim lessons only after getting dumped in the open ocean.

When recession inevitably strikes, it will be many founders’ — and even many VCs’ — first experiences navigating a downturn. Every startup executive needs a recession playbook. The time to start building it is now.

While recessions make running any business tough, they don’t necessitate doom. I co-founded two separate startups just before downturns struck, yet I successfully navigated one through the 2000 dot-com bust and the second through the 2008 financial crisis. Both companies not only survived but thrived. One went public and the second was acquired by Mastercard.

I hope my lessons learned prove helpful to building your own recession game plan.

Recession is an opportunity to leapfrog the competition

In entrepreneurship, the goal isn’t just to survive; it’s to win. Some founders think that surviving recession amounts to hoarding cash and sitting out the financial winter. While there’s wisdom in hoarding cash (see below), I strongly recommend against sitting idly when that time could be actively leveraged to strengthen competitive advantage.

I founded my first startup, Yodlee, in a strong economy with almost 20 competitors. Ten years and a painful recession later, we were the only game in town. Critical to our success was acquiring our largest competitor, something we never could have done in a strong economy because they never would have been willing to sell. The recession made it untenable for them to fundraise, enabling us not only to buy them, but to do so without cash in an all-equity deal. I recommend thinking ahead of time about which companies you would want to buy if the opportunity arose, and your goals for doing so, such as consolidating competition, acquiring customers or engineering talent, entering new markets or strengthening product offerings or distribution channels.

Recession is also an opportunity to improve

You can’t rebuild a plane when you’re traveling 500 miles per hour. During a strong economy, companies spend most of their energy on sales and growth. During a weaker economy, it’s easier to justify the investment in infrastructure and technical debt. Yodlee was built on PERL, which we knew would eventually need upgrading. Once the downturn hit, we took advantage of the slower sales cycles to totally retool in Java, an enterprise-class programming language capable of scale. And we didn’t stop there — we created six new products during the downturn.

Make yourself indispensable to customers and partners

The precipice of a recession is not the time to over-index on top-line revenue. You never want to be on your customers’ top five lists of easiest-to-cut products and services. Instead, take the time to understand your customers’ needs, embed yourself deeply in their operations or customer experience and invest significantly in top-notch customer success.

At my second startup, Truaxis, once recession struck, we pivoted from credit card customer acquisition for banks (which requires no help during a recession) to helping banks address churn. Our revised offering yielded a tremendous ROI for banks — a 10X increase in profit. Our product also became the cornerstone to their online consumer banking experience. If you figure out how to make your product indispensable or core to the customer experience, it won’t get cut, even during a recession.

Both of my companies started out with B2C business models. After each recession hit, I quickly pivoted to B2B2C. Here’s why: While consumers can react immediately to economic jitters, businesses must keep spending in order to keep operating. Plus, they work on annual budget cycles. Even when businesses want to reduce their costs, they typically can’t react very quickly because they have to wait out their contracts.

In a bull economy, short-term contracts are popular because they enable companies to keep raising prices. Don’t be tempted by short-term cash. B2B and B2B2C firms should take the potential revenue hit by locking in long-term contracts now while budgets and buyers are flush.

While the economy is still healthy, explore options for diversifying your revenue streams and customer bases to more recession-resistant segments. If your business is consumer-focused, consider a different distribution model via businesses or new consumer segments like affluent populations, which are less sensitive to economic fluctuations. If you have an enterprise-focused business, transition more of your revenue to larger enterprises, which are more financially resilient than smaller ones, or to enterprises that need your service for survival, especially in a down market.

Key to the diversification strategy is plotting your axis ahead of time. You don’t want to start your exploration when the market has already turned and you’re burning cash faster than you can get it. Upon exploration, you may find that no pivot is necessary — perhaps only the need to slow down. Now is the time to look for and deeply understand the signals in your business, though you may not need to act on them for a while — or perhaps even ever.

It’s obviously a lot easier to raise money in a healthy economy than a weak one. If your coffers aren’t full going into a downturn, it doesn’t matter what you do; you’ve lost the game right there. Having enough cash can make the difference between emerging as the market leader (i.e. the only one still with cash in the bank) and going out of business — even if your company would have thrived in a strong economy. Be conservative when projecting how much money you’ll need to stay afloat. Many leaders underestimate how much elongated sales cycles, diminished average deal sizes and dwindling total sales transactions weaken total revenue.

Be thoughtful about valuations for your employees’ sake

I’m supportive of founders seeking aggressive valuations, but it’s important to realize the potential downside. Valuations soften during recessions, which can lead to corrections or recapitalizations. Recapitalizations create new companies in which the old stock is worth nearly nothing, leaving many employees’ options under water.

I learned this the hard way at Yodlee after raising a lot of money at a high valuation in 1999. We banked enough money that we could have lasted through most downturns without fundraising. Alas, while the average recession lasts 11 months, the dot-com crash lasted several years. Even though we were strong enough to fundraise during the recession, our high valuation forced us to recapitalize. This was crushing for the employees whose equity was suddenly worthless.

In a weak economy, startups struggle to retain their strongest employees who often retreat for safer work environments and more predictable incomes. Recapitalizations deliver an unwanted shove out the door to demoralized employees who feel they have no reason to stay. Inevitably after recapitalizations the people who are strong enough to get hired elsewhere do so. Surviving a downturn is challenging enough. Doing so without a strong, motivated team is nearly impossible.

While times are strong, choose the board you’ll want when things go bad

When my Yodlee board members suggested we pivot from B2C to B2B2C, I thought they were crazy. We had acquired 1 million users through word of mouth in only two-three months. I couldn’t believe they advocated such a significant pivot when things were going so well. I eventually came to understand that these seasoned board members were actually saving my business.

As my colleague Karan Mehandru said, “investors are your war partners, not your beer buddies.” When fundraising, think carefully about who you want around the table if the economy goes south. I recommend asking potential investors if they’ve weathered downturns before and how they’d help you navigate one. I’d ask the same questions of the firm’s other partners to look for consistency of answers and to gauge your investors’ standing and seniority within the partnership. All too many board members are lovely when companies grow rapidly, but challenging when speed bumps arise. Will your board members actively help you address these challenges or stand in passive judgment?

Being a founder is hard enough, but leading a startup through a recession catapults an already challenging job to a whole different level. Whether the recession begins tomorrow or in four years, I hope you’ll learn from my experience and be prepared either way.