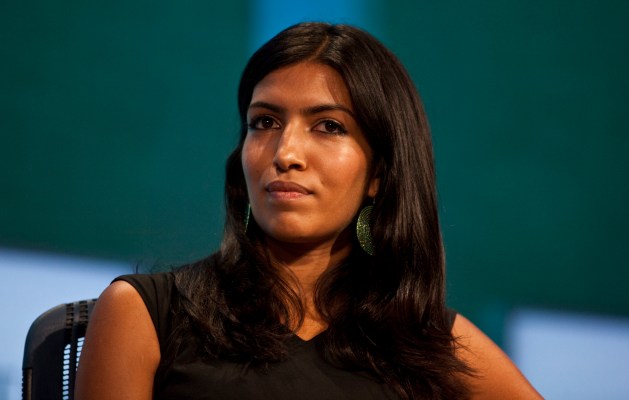 The startup community has lost another moral leader today.

Leila Janah, a serial entrepreneur who was the CEO and founder of machine learning training data company Samasource, passed away at the age of 37 due to complications from Epithelioid Sarcoma, a form of cancer, according to a statement from the company.

She focused her career on social and ethical entrepreneurship with the goal of ending global poverty, founding three distinct organizations over her career spanning the for-profit and non-profit worlds. She was most well-known for Samasource, which was founded a little more than a decade ago to help machine learning specialists develop better ML models through more complete and ethical training datasets.

Janah and her company were well ahead of their time, as issues related to bias in ML models have become top-of-mind for many product leaders in Silicon Valley today. My TechCrunch colleague Jake Bright had just interviewed Janah a few weeks ago, after Samasource raised more than $15 million in venture capital, according to Crunchbase.

In its statement, the company said:

We are all committed to continuing Leila’s work, and to ensuring her legacy and vision is carried out for years to come. To accomplish this, Wendy Gonzalez, longtime business partner and friend to Leila, will take the helm as interim CEO of Samasource. Previously the organization’s COO, Wendy has spent the past five years working alongside Leila to craft Samasource’s vision and strategy.

In addition to Samasource, Janah founded SF-based Samaschool, a 501(c)(3) nonprofit dedicated to helping low-income workers learn critical freelancing skills by helping them negotiate the changing dynamics in the freelance economy. The organization has built partnerships with groups like Goodwill to empower them to offer additional curricular resources within their own existing programs and initiatives.

Janah also founded LXMI, a skin-care brand that emphasized organic and fair-trade ingredients, with a focus on sourcing from low-income women’s cooperatives in East Africa. Founded three years ago, the company raised a seed round from the likes of NEA, Sherpa, and Reid Hoffman according to Crunchbase.

Across all of her initiatives, Janah consistently put the concerns of under-represented people at the forefront, and designed organizations to empower such people in their daily lives. Her entrepreneurial spirit, commitment, and integrity will be sorely missed in the startup community.

Our editor Josh Constine had this to say of Janah’s impact. “Leila was propulsive. Being around her, you’d swear there were suddenly more hours in the day just based on how much she could accomplish. Yet rather than conjuring that energy through ruthless efficiency, she carried on with grace and boundless empathy. Whether for her closest friends or a village of strangers on the other side of the world, she embraced others’ challenges as her own. Leila turned vulnerability into an advantage, making people feel so comfortable in her presence that they could unwind their personal and professional puzzles. Leila is the kind of founder we need more of, and she’ll remain an example of how to do business with heart.”

Zopa, the UK neobank, raises $93M more at a $1B+ valuation
The UK rolls back controversial plans to open up text and data mining regulations
Raylo raises $136M to build out its gadget lease-and-reuse ‘fintech’ platform
Neko, Daniel Ek’s next play, is another spin on preventative healthcare
Nothing’s second phone will take on the US this year