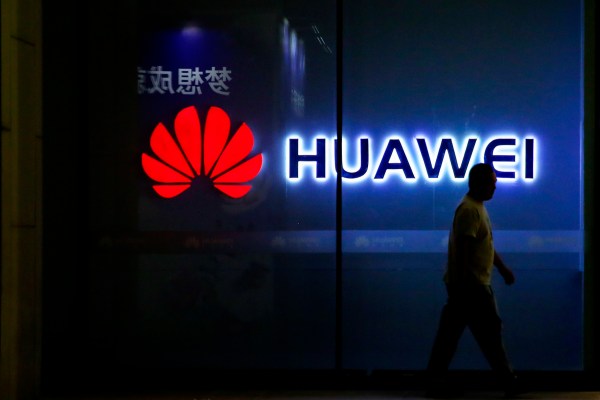 Huawei may have just found itself an ally in the most unexpected of places. According to a new report out of The Wall Street Journal, both the Defense and Treasury Departments are pushing back on a Commerce Department-led ban on sales from the embattled Chinese hardware giant.

That move, in turn, has reportedly led Commerce Department officials to withdraw a proposal set to make it even more difficult for U.S.-based companies to work with Huawei.

Defense Secretary Mark Esper struck a fittingly pragmatic tone while speaking with the paper, noting, “We have to be conscious of sustaining those [technology] companies’ supply chains and those innovators. That’s the balance we have to strike.”

Huawei, already under fire for allegations of flouting sanctions with other countries, has become a centerpiece of a simmering trade war between the Trump White House and China. The smartphone maker has been barred from selling 5G networking equipment due to concerns over its close ties to the Chinese government.

Last year, meanwhile, the government barred Huawei from utilizing software and components from U.S.-based companies, including Google. Huawei is also expected to be a key talking point in upcoming White House discussions, as officials weigh actions against the repercussions they’ll ultimately have for U.S. partners.

The Commerce Department has yet to offer any official announcement related to the report.

Fairphone nabs $53M in growth capital for ‘sustainable’ consumer electronics
Netflix to include more EVs in its TV shows and movies as part of new partnership with GM
As the bee population declines, this startup secures $8M to apply AI and EVs to pollination
Political ads face tougher targeting restrictions in EU if MEPs get their way
OnePlus teases tablet, mechanical keyboard