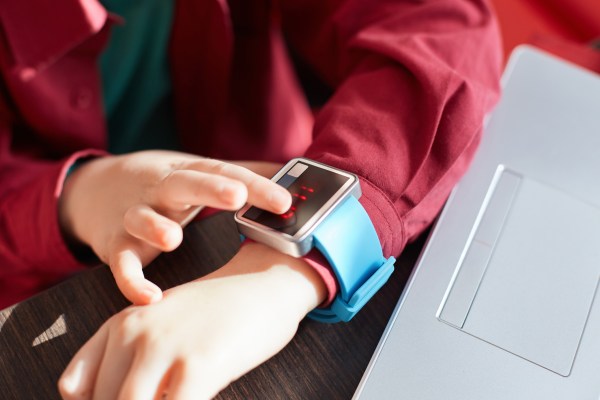 The UK’s data protection watchdog has today published a set of design standards for Internet services which are intended to help protect the privacy and safety of children online.

The Information Commissioner’s Office (ICO) has been working on the Age Appropriate Design Code since the 2018 update of domestic data protection law — as part of a government push to create ‘world-leading’ standards for children when they’re online.

UK lawmakers have grown increasingly concerned about the ‘datafication’ of children when they go online and may be too young to legally consent to being tracked and profiled under existing European data protection law.

The ICO’s code is comprised of 15 standards of what it calls “age appropriate design” — which the regulator says reflects a “risk-based approach”, including stipulating that setting should be set by default to ‘high privacy’; that only the minimum amount of data needed to provide the service should be collected and retained; and that children’s data should not be shared unless there’s a reason to do so that’s in their best interests.

Profiling should also be off by default. While the code also takes aim at dark pattern UI designs that seek to manipulate user actions against their own interests, saying “nudge techniques” should not be used to “lead or encourage children to provide unnecessary personal data or weaken or turn off their privacy protections”.

“The focus is on providing default settings which ensures that children have the best possible access to online services whilst minimising data collection and use, by default,” the regulator writes in an executive summary.

While the age appropriate design code is focused on protecting children it is applies to a very broad range of online services — with the regulator noting that “the majority of online services that children use are covered” and also stipulating “this code applies if children are likely to use your service” [emphasis ours].

This means it could be applied to anything from games, to social media platforms to fitness apps to educational websites and on-demand streaming services — if they’re available to UK users.

“We consider that for a service to be ‘likely’ to be accessed [by children], the possibility of this happening needs to be more probable than not. This recognises the intention of Parliament to cover services that children use in reality, but does not extend the definition to cover all services that children could possibly access,” the ICO adds.

Here are the 15 standards in full as the regulator describes them:

The Age Appropriate Design Code also defines children as under the age of 18 — which offers a higher bar than current UK data protection law which, for example, puts only a 13-year-age limit for children to be legally able to give their consent to being tracked online.

So — assuming (very wildly) — that Internet services were to suddenly decide to follow the code to the letter, setting trackers off by default and not nudging users to weaken privacy-protecting defaults by manipulating them to give up more data, the code could — in theory — raise the level of privacy both children and adults typically get online.

However it’s not legally binding — so there’s a pretty fat chance of that.

Although the regulator does make a point of noting that the standards in the code are backed by existing data protection laws, which it does regulate and can legally enforceable (and which include clear principles like ‘privacy by design and default’) — pointing out it has powers to take action against law breakers, including “tough sanctions” such as orders to stop processing data and fines of up to 4% of a company’s global turnover.

So, in a way, the regulator appears to be saying: ‘Are you feeling lucky data punk?’

The code also still has to be laid before parliament for approval for a period of 40 sitting days — with the ICO saying it will come into force 21 days after that, assuming no objections. Then there’s a further 12 month transition period after it comes into force — to “give online services time to conform”. So there’s a fair bit of slack built in before any action may be taken to tackle flagrant nose-thumbers.

Last April the UK government published a white paper setting out its proposals for regulating a range of online harms — including seeking to address concern about inappropriate material that’s available on the Internet being accessed by children.

The ICO’s Age Appropriate Design Code is intended to support that effort. So there’s also a chance that some of the same sorts of stipulations could be baked into the planned online harms bill.

“This is not, and will not be, ‘law’. It is just a code of practice,” said Neil Brown, an Internet, telecoms and tech lawyer at Decoded Legal, discussing the likely impact of the suggested standards. “It shows the direction of the ICO’s thinking, and its expectations, and the ICO has to have regard to it when it takes enforcement action but it’s not something with which an organisation needs to comply as such. They need to comply with the law, which is the GDPR [General Data Protection Regulation] and the DPA [Data Protection Act] 2018.

“Overall, this is consistent with the general direction of travel for online services, and the perception that more needs to be done to protect children online,” Brown also told us.

“Right now, online services should be working out how to comply with the GDPR, the ePrivacy rules, and any other applicable laws. The obligation to comply with those laws does not change because of today’s code of practice. Rather, the code of practice shows the ICO’s thinking on what compliance might look like (and, possibly, goldplates some of the requirements of the law too).”

Organizations that choose to take note of the code — and are in a position to be able to demonstrate they’ve followed its standards — stand a better chance of persuading the regulator they’ve complied with relevant privacy laws, per Brown.

“Conversely, if they want to say that they comply with the law but not with the code, that is (legally) possible, but might be more of a struggle in terms of engagement with the ICO,” he added.

Zooming back out, the government said last fall that it’s committed to publishing draft online harms legislation for pre-legislative scrutiny “at pace”.

But at the same time it dropped a controversial plan included in a 2017 piece of digital legislation which would have made age checks for accessing online pornography mandatory — saying it wanted to focus on a developing “the most comprehensive approach possible to protecting children”, i.e. via the online harms bill.

How comprehensive the touted ‘child protections’ will end up being remains to be seen.

Brown suggests age verification could come through as a “general requirement”, given the age verification component of the Digital Economy Act 2017 was dropped — and “the government has said that these will be swept up in the broader online harms piece”.

The government has also been consulting with tech companies on possible ways to implement age verification online.

However the difficulties of regulating perpetually iterating Internet services — many of which are also operated by companies based outside the UK — have been writ large for years. (And are now mired in geopolitics.)

While the enforcement of existing European digital privacy laws remains, to put it politely, a work in progress…