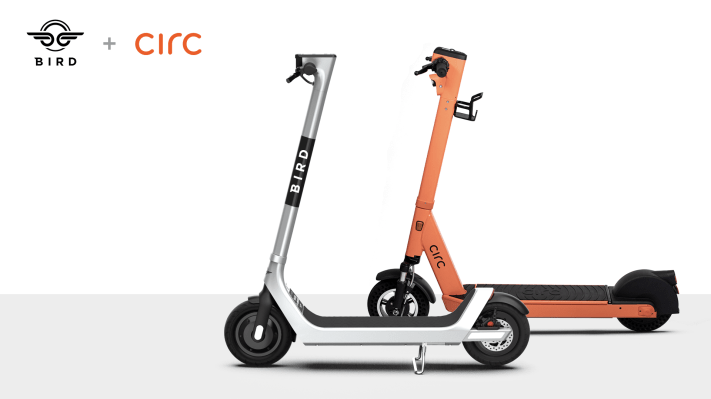 If you didn’t see this coming, then clearly you didn’t have your eyes on the road. Bird, the LA-founded e-scooter giant, has confirmed that it is acquiring European competitor Circ, the micromobilty company founded by Lukasz Gadowski of Delivery Hero fame.

The deal, for which terms remain undisclosed, was first reported by the FT late last week. Meanwhile, TechCrunch revealed late November that Circ was facing difficulties and had issued a round of layoffs following so-called “operational learnings”.

At the time, Gadowski put on a brave face, telling TechCrunch that Circ needed to learn how to operate a micromobility service across many European markets simultaneously. “Basically figure out how to be more efficient, how to run a micromobility operation; it’s not optimized yet and we learned over the summer,” he said.

He also conceded that, within the micromobility space more generally, there had been something of a land grab strategy that is now perhaps inevitably shifting toward greater emphasis on capital efficiency. “When we started this there was a focus on time to market but now it is not about time to market but efficiency,” he told TechCrunch.

We also understand Circ was also in the midst of trying to raises a Series B, which is what prompted talks with Bird. Early last year, the startup closed a Series A north of $60 million, funding it used to push into 12 countries and 43 cities, a spokesperson tells us.

On the funding front, Bird is also taking this announcement as an opportunity to share that they’ve added to their own funding, tacking on another $75 million onto their Series D, which now sits at $350 million.

Micromobility companies have been hard-pressed to cut spending and push towards profitability. One of Bird’s chief competitors, Lime, announced earlier this month they were laying off 100 employees and leaving 12 markets with the goal of becoming profitable in 2020.

300 employees will be added to Bird’s European operations as a result of the deal, the company says.

Zopa, the UK neobank, raises $93M more at a $1B+ valuation
Roblox to host a free virtual Super Bowl concert featuring Saweetie
Apple execs on M2 chips, winning gamers and when to buy a Mac
Neko, Daniel Ek’s next play, is another spin on preventative healthcare
Ovni Capital is a new French VC firm backing startups with global ambitions