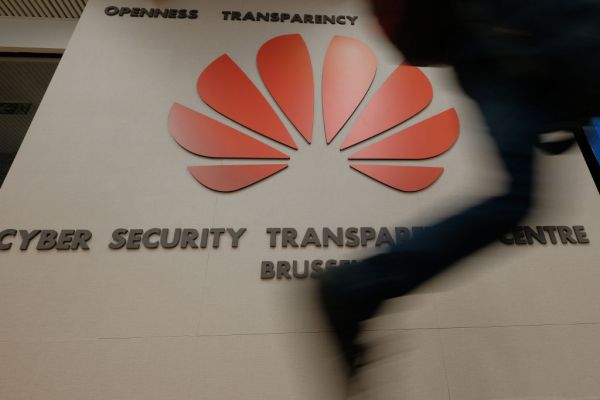 The UK government will allow Chinese tech giant Huawei to play a limited role in supplying the country’s 5G networks, it has been announced today.

The government said the package of restrictions being announced on “high risk” 5G vendors will allow it to “mitigate the potential risk posed by the supply chain and to combat the range of threats, whether cyber criminals, or state sponsored attacks”.

The plan for managing risks related to the next generation of cellular technology ends months of uncertainty over the issue — which has seen warnings that the delay is harming the UK’s competitiveness and relations abroad.

Commenting on the decision in a statement, digital secretary Baroness Morgan said: “The government has reviewed the supply chain for telecoms networks and concluded today it is necessary to have tight restrictions on the presence of high risk vendors.

“This is a UK-specific solution for UK-specific reasons and the decision deals with the challenges we face right now. It not only paves the way for secure and resilient networks, with our sovereignty over data protected, but it also builds on our strategy to develop a diversity of suppliers.”

The decision not to bar Huawei from upgrades to domestic networks signals a failure of U.S. diplomacy at the highest level.

In recent days American has been applying top-level pressure to its European ally — with secretary of state, Mike Pompeo, tweeting Sunday night that the country faced a “momentus” decision. “The truth is that only nations able to protect their data will be sovereign,” he wrote.

President Trump has also made his preference for US allies to ban Huawei amply clear in public.

While the decision by UK prime minister, Boris Johnson, not to bow to US pressure is likely to cause shockwaves of displeasure in Washington, the move had nonetheless looked likely for months.

Last summer a UK parliamentary committee concluded there was no technical reason for excluding Huawei — though it suggested “there may well be geopolitical or ethical grounds… to enact a ban on Huawei’s equipment”.

Then in April a leak from the National Security Council indicated that the prior Conservative administration was preparing to provide a level of access to Huawei.

Since then the government had said it was waiting for a Telecoms Supply Chain review to be completed. (A UK General Election also intervened, as well as the ongoing national preoccupation of Brexit.) Today marks the conclusion of the review, and with it the announcement of new restrictions to manage 5G risks.

The government says vendors such as Huawei will be allowed a limited role in UK 5G networks — with exclusion from “sensitive ‘core’” parts of networks.

There will also be a 35 per cent cap on high risk vendor access to non-sensitive parts of the network (aka the access network, or periphery, where devices connect to mobile phone masts).

This cap will be kept under review — and could shrink further “as the market diversifies”.

“This will seek to attract established vendors who are not present in the UK, supporting the emergence of new, disruptive entrants to the supply chain, and promoting the adoption of open, interoperable standards that will reduce barriers to entry,” it adds.

A key issue related to the decision is that Huawei is the leading global vendor in 5G, with relatively few alternative providers — none of whom are considered to offer a like-for-like option at this stage.

So a full ban on Huawei at this stage risks delays to rolling out national 5G networks which could hamper national competitiveness on an international stage.

“We want world-class connectivity as soon as possible but this must not be at the expense of our national security. High risk vendors never have been and never will be in our most sensitive networks,” Morgan also said in her statement, adding: “We can now move forward and seize the huge opportunities of 21st century technology.”

The UK’s National Cyber Security Centre (NCSC) will issue guidance to UK telecoms operators regarding the limits on high risk vendors — which also include that such providers should be:

Questions remain over how the ‘core’ of a 5G network is being defined; and even whether “sensitive” parts of the network can be isolated in 5G network topology, given the extensive role software plays across such next-gen networks.

But the government has ignored critical voices claiming there’s no way to securely isolate a 5G core — such as former Australian prime minister, Malcolm Turnbull — and is spinning the restrictions as “the most stringent set of controls ever”.

It further claims they will “substantially improve the security and resilience of our critical telecoms networks” — and it’s doing so with the public blessing of the security services (which have previously signalled confidence that any risk associated with Huawei can be managed).

In a supporting statement today, Ciaran Martin, CEO of the NCSC — the public facing arm of GCHQ — said: “This package will ensure that the UK has a very strong, practical and technically sound framework for digital security in the years ahead.”

“High risk vendors have never been – and never will be – in our most sensitive networks,” he added. “Taken together these measures add up to a very strong framework for digital security.”

Martin said the agency has already issued advice to telcos “to help with the industry rollout of 5G and full fibre networks in line with the government’s objectives” — suggesting telcos are being encouraged to get on with rollouts and avoid any further delays by waiting for formal legislation.

The government says it will seek to legislate “at the earliest opportunity” to put in place the necessary powers for implementing the new telecoms security framework. But the signal to get on with 5G in the meanwhile looks clear.

Unsurprisingly Huawei has welcomed the decision.

Huawei is reassured by the UK government’s confirmation that we can continue working with our customers to keep the 5G roll-out on track. This evidence-based decision will result in a more advanced, more secure and more cost-effective telecoms infrastructure that is fit for the future. It gives the UK access to world-leading technology and ensures a competitive market.

We have supplied cutting-edge technology to telecoms operators in the UK for more than 15 years. We will build on this strong track record, supporting our customers as they invest in their 5G networks, boosting economic growth and helping the UK continue to compete globally.

We agree a diverse vendor market and fair competition are essential for network reliability and innovation, as well as ensuring consumers have access to the best possible technology.

Madrid selects Dott, Lime and Tier for scooter licenses
European banks struggle with AI, while US banks lead the field, according to a new index
Mark Cuban’s bidet brand buys shower startup that wooed Tim Cook
HBO’s ‘Succession’ Season 4 premieres on March 26
Angry Miao’s AM 65 Less is both more and less keyboard than you’ll ever need