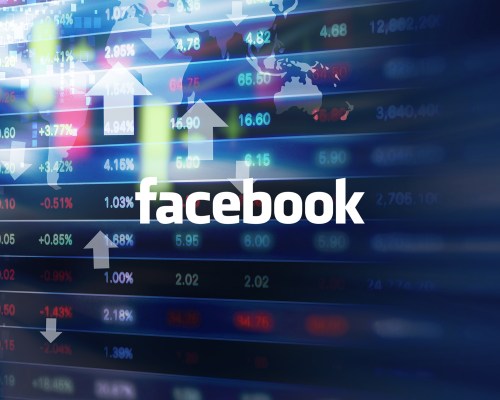 While Facebook’s user base keeps growing rather steadily, it’s having trouble squeezing more and more cash out of them with as much efficiency.

Facebook’s earnings beat expectations compared to Zack’s consensus estimates of $20.87 billion in revenue and $2.51 earnings per share. Facebook shares fell over 7% in after-hours trading following the earnings announcement after closing up 2.5% at a peak $223.23 today. Still, Facebook remains above all previous share price highs before this month.

Facebook CEO Mark Zuckerberg had previously warned that addressing hate speech, election interference, and other content moderation and safety issues would be costly. Still, expenses grew and profits shrunk faster than Wall Street seems to have expected. Facebook will have to hope its promise of using scalable AI to handle more of these jobs comes to fruition soon. But some might see today as the proper reckoning for Facebook — penance for years of neglecting safety in favor of growth.

Facebook’s executives are apparently bullish on its value despite the share price being at a peak, as today Facebook announced plans to grow its share-repurchase program by $10 billion, adding to its previous authorization of buying back up to $24 billion worth.

Facebook managed to add 1 million daily users in the U.S. & Canada region where it earns the most money after returning to growth there last quarter following a year of slow or no growth. Facebook’s stickiness, or daily to monthly active user ratio remained at 66% amidst competition from apps like TikTok and a resurgent Snapchat.

Facebook notes that there are now 2.26 billion users that open either Facebook, Messenger, Instagram, or WhatsApp each day, up from 2.2 billion last quarter. The family of apps sees 2.89 billion total monthly users, up 9% year-over-year.

Facebook released a new stat with this earnings report: Family Average Revenue Per Person. That’s essentially the company’s total revenue divided by total users on Facebook, Messenger, Instagram, and WhatsApp. Clearly, the company is trying to use Instagram’s growing ad revenue to make the rest of the company look stronger. This might help mask changes in the Facebook app’s own revenue as teens look to more youthful content feeds. Facebook’s CFO David Wehner confirmed the company will cease sharing Facebook-only stats in favor of Family Of Apps stats in late 2020.

Zuckerberg stressed Facebook’s need to stay focused on addressing social issues and consequences of the company’s growth during the earnings call. He said Facebook will continue to make its apps more private and secure.

As for product updates, Zuckerberg seized on opportunities in commerce. Facebook is building out WhatsApp Pay, and he says “I expect this to start rolling out in a number of countries and for us to make a lot of progress here in the next six months.” 140 million small businesses now use its tools. People bought almost $5 million in content on the Oculus Store on Christmas Day, which Zuckerberg called a milestone. He says Facebook’s Spark AR platform is most used of its kind by developers, with hundreds of millions of people experiencing face filters built with it.

For guidance, Wehner said “we expect our year-over-year total reported revenue growth rate in Q1 to decelerate by low-to-mid single digit percentage points as compared to our Q4 growth rate. “Factors driving this deceleration include the maturity of our business, as well as the increasing impact from global privacy regulation and other ad targeting related headwinds.”

Wehner says to expect that the worst of these privacy headwinds are still to come due to regulatory initiatives like GDPR and CCPA, mobile operating systems and browser providers like Apple and Google limiting access to ad targeting singals, and Facebook’s own product changes like the new way to disconnect off-Facebook data from your acccount.

On Facebook’s perception issues, Zuckerberg said “We’re also focused on communicating more clearly what we stand for. One critique of our approach for much of the last decade was that, because we wanted to be liked, we didn’t always communicate our views as clearly because we were worried about offending people. So this led to some positive but shallow sentiments towards us and towards the company. And my goal for this next decade isn’t to be liked, but to be understood, because in order to be trusted, people need to know what you stand for.”

The business aside, Facebook had another tough quarter under the scrutiny of journalists and regulators. Democratic presidential candidates have railed against Zuckerberg’s decision to continuing allowing misinformation in political ads. The company dropped out of the top 10 places to work, and pledged $130 million to fund an Oversight Board for its content policies.

The CEO was grilled on Capitol Hill about Facebook’s cryptocurrency Libra that seems stuck in its tracks as major partners like Visa and Stripe dropped out. Facebook took heat for how its treats content moderators and how it tried to cut off competitors from its developer platform. The FTC continued its anti-trust investigation and weighed an injunction that would halt Facebook intermingling its messaging app infrastructure.

But those headwinds didn’t stop Facebook’s march forward. Its four main apps took the top four spots amongst the most downloaded apps of the 2010s. It moved deeper into hardware sales with its new Portal TV attachable camera. It acquired gaming companies like Playgiga and the studio behind VR hit Beat Saber, while signing exclusive game streaming deals with influencers like Disguised Toast. It launched Facebook News, Facebook Pay, its dating feature in the US, and it tested a meme-making app called Whale.

Facebook’s share price remains at an all-time high despite today’s tumble. While the world may be increasingly uncomfortable with Facebook’s access to private data, there’s no debate about how incredibly valuable that data is.