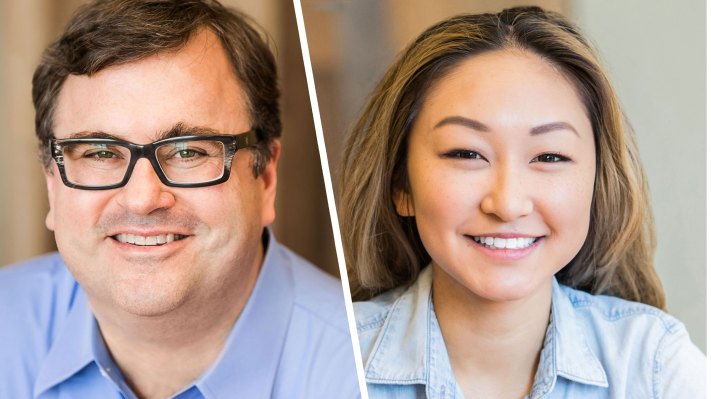 Early Stage SF is around the corner, and we are more than excited for this brand new event. The intimate gathering of founders, VCs, operators and tech industry experts is all about giving founders the tools they need to find success, no matter the challenge ahead of them.

Struggling to understand the legal aspects of running a company, like negotiating cap tables or hiring international talent? We’ve got breakout sessions for that. Wondering how to go about fundraising, from getting your first yes to identifying the right investors to planning the timeline for your fundraise sprint? We’ve got breakout sessions for that. Growth marketing? PR/Media? Building a tech stack? Recruiting?

Today, we’re very proud to announce one of our few Main Stage sessions that will be open to all attendees. Reid Hoffman and Sarah Guo will join us for a conversation around “How To Raise Your Series A.”

Reid Hoffman is a legendary entrepreneur and investor in Silicon Valley. He was an Executive VP and founding board member at PayPal, before going on to co-found LinkedIn in 2003. He led the company to profitability as CEO before joining Greylock in 2009. He serves on the boards of Airbnb, Apollo Fusion, Aurora, Coda, Convoy, Entrepreneur First, Microsoft, Nauto, and Xapo, among others. He’s also an accomplished author, with books like Blitzscaling, The Startup of You, and The Alliance.

Sarah Guo has a wealth of experience in the tech world. She started her career in high school at a tech firm founded by her parents, called Casa Systems. She then joined Goldman Sachs, where she invested in growth-stage tech startups such as Zynga and Dropbox, and advised both pre-IPO companies (Workday) and publicly traded firms (Zynga, Netflix, and Nvidia). She joined Greylock Partners in 2013 and led the firm’s investment in Cleo, Demisto, Sqreen and Utmost. She has a particular focus on B2B applications as well as infrastructure, cybersecurity, collaboration tools, AI, and healthcare.

The format for Hoffman and Guo’s main stage chat will be familiar to folks who have followed the investors. It will be an updated, in-person combination of Hoffman’s famously annotated LinkedIn Series B pitchdeck that led to Greylock’s investment, and Sarah Guo’s in-depth breakdown of what she looks for in a pitch.

They’ll lay out a number of universally applicable lessons that folks seeking Series A funding can learn from, tackling each from their own unique perspectives. Hoffman has years of experience in consumer-focused companies, with a special expertise in network effects. Guo is one of the top minds when it comes to investment in enterprise software.

We’re absolutely thrilled about this conversation, and to be honest, the entire Early Stage agenda.

Here’s how it all works:

There will be about 50+ breakout sessions at the event, and attendees will have an opportunity to attend at least seven. The sessions will cover all the core topics confronting early-stage founders — up through Series A — as they build a company, from raising capital to building a team to growth. Each breakout session will be led by notables in the startup world.

Don’t worry about missing a breakout session, because transcripts from each will be available to show attendees. And most of the folks leading the breakout sessions have agreed to hang at the show for at least half the day and participate in CrunchMatch, TechCrunch’s app to connect founders and investors based on shared interests.

Here’s the fine print. Each of the 50+ breakout sessions is limited to around 100 attendees. We expect a lot more attendees, of course, so signups for each session are on a first-come, first-serve basis. Buy your ticket today and you can sign up for the breakouts that we’ve announced. Pass holders will also receive 24-hour advance notice before we announce the next batch. (And yes, you can “drop” a breakout session in favor of a new one, in the event there is a schedule conflict.)

Grab yourself a ticket and start registering for sessions right here. Interested sponsors can hit up the team here.

After inking its OpenAI deal, Shutterstock rolls out a generative AI toolkit to create images based on text prompts
Madrid selects Dott, Lime and Tier for scooter licenses
Netflix teams up with Bumble so users can bond over popular TV shows
European banks struggle with AI, while US banks lead the field, according to a new index
Netflix’s ‘All Quiet on the Western Front’ is among the most nominated Oscar films