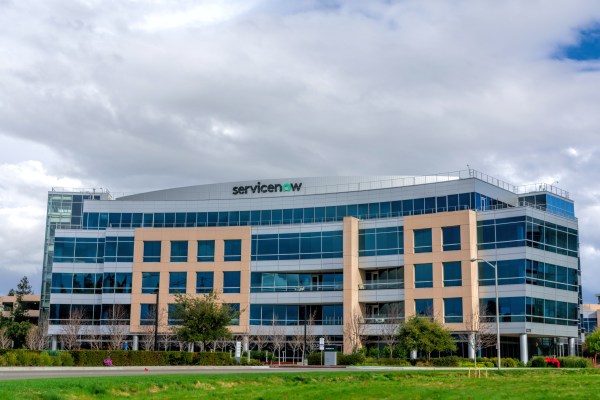 ServiceNow announced this morning that it has acquired Passage AI, a startup that helps customers build chatbots in multiple languages, something that should come in handy as ServiceNow continues to modernize its digital service platform. The companies did not share terms of the deal.

With Passage AI, ServiceNow gets a bushel of AI talent, which in itself has value, but it also gets AI technology, which should fit in nicely with ServiceNow’s mission. For starters, the company’s chatbot solutions gives ServiceNow an automated way to respond to customer/user inquiries.

Even more interesting for ServiceNow, Passage includes an IT automation component that uses ” a conversational interface to submit tickets, handle queries, and take direct action through APIs,” according to the company website. It also gets an HR automation piece, giving the company an intelligent tool it could incorporate across its Now Platform in tools like ServiceNow Virtual Agent and Service Portal, Workspaces in multiple languages.

The multilingual support was an aspect of the deal that appeals to Debu Chatterjee, senior director of AI Engineering at ServiceNow. “Building deep learning, conversational AI capabilities into the Now Platform will enable a work request initiated in German or a customer inquiry initiated in Japanese to be solved by Virtual Agent,” he said in a statement.

Companies are increasingly looking for ways to solve common customer problems using chatbots, while only bringing humans into the loop when the bot can’t answer the query. Passage AI gives ServiceNow much deeper knowledge in this growing area.

Passage AI, which launched in 2016, has raised $10.3 million, according to Crunchbase data. The company website lists a variety of large customers including MasterCard, Shell, Mercedes Benz and SoftBank. The acquisition comes less than a week after the company purchased another AI-focused startup, Loom Systems, one that concentrates on automating operations data.

The deal is expected to close this quarter. ServiceNow will be announcing earnings on Wednesday afternoon.