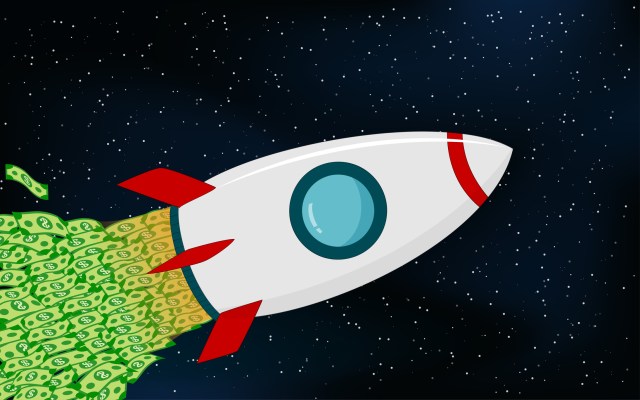 At the FAA’s 23rd Annual Commercial Commercial Space Transportation Conference in Washington, DC on Wednesday, a panel dedicated to the topic of trends in VC around space startups touched on public vs. private funding, the right kinds of space companies that should even be considering venture funding, and, perhaps most notably, the big L: Liquidity.

Moderator Tess Hatch, Vice President at Bessemer Venture Partners, addressed the topic in response to an audience question that noted while we’ve heard a lot about how much money will flow into space-related startups from the VC community, we haven’t actually et seen much in the way of liquidity events that prove out the validity of these investments.

“In 2008, a company called Skybox was created and a handful of years later Google acquired the company for $500 million,” Hatch said. “Every venture capitalist’s ears perked up and they thought ‘Hey, that’s pretty good ROI in a short amount of time – maybe the space thing is an investable area’ and then a ton of venture capital investments flooded into space startups, and all of these venture capitalists made one, or maybe two investments in the area. Since then, there have not been many — if any – liquidity events: Perhaps Virgin Galactic going public via the SPAC (special uprose vehicle) on the New York Stock Exchange late last year would be the second. So we’re still waiting; we’re still waiting for those exits, we are still waiting for companies to pave the path for the 400+ startups in the ecosystem to return our investment.”

Hatch added that she’s looking at a number of companies who have the potential to break this somewhat prolonged exit drought in 2020, including five who are either quite mature in terms of their development, naming SpaceX, Rocket Lab, Planet and Spire as all likely candidates to have some kind of liquidity event in 2020, with the mostly likely being an IPO.

Space as an industry was described to me recently as a ‘maturing’ startup market by Space Angels CEO Chad Anderson, by virtue of the distribution of activity in terms of the overall investment rounds in the sector. There is indeed a lot of activity with early stage companies and seed rounds, but the fact remains that there hasn’t been much in the way of exits, and it’s also worth pointing out that corporate VCs haven’t been as acquisitive in space as some of their consumer and enterprise technology counterparts.

The panel touched on a lot more apart from liquidity, which actually only came up towards the end of the discussion, which included panelists Astranis CEO and co-founder John Gedmark; Capella Space CEO and founder Payam Banazadeh and Rocket Lab VP of Global Commercial Launch Services Shane Fleming. Both Gedmark and Banazadeh addressed aspects of the risks and benefits of seeking VC as a space technology company.

“Not every space business is a venture-backable business,” said Banazadeh earlier in the conversation. “But there are a lot of space businesses that are specifically going after raising venture money, and that’s dangerous for everyone – because at the end of the day venture is looking at high risk, high return. The ‘high return’ comes from being able to get substantial amount of revenue in a market that’s big
enough for those revenues to be coming from. But if your idea is to go build, maybe, some very specific part in a satellite, then you have to make the case of why you’ll be able to make those returns for the investors, and in a lot of cases, that’s just not possible.”

Banazadeh also concedes that doing any kind of space technology development is expensive, and the money has to come from somewhere. Gedmark talked about one popular source, government funding and grants, and why that often isn’t as obviously a positive thing for startups as it might seem.

“Small government grants can be great, and obviously a fantastic source of non dilutive capital,” Gedmark said. “But there is a little bit of a trick there, or something to be aware of: I think people are often surprised how much time is spent in the early days of a startup refining the exact idea and the product, and if you’re not certain that you have the that product market fit […] then, the government grant can be extremely dangerous, because they will fund you to do something that is sort of similar to what to what you’re doing, but it really prevents you changing your approach later; you’re going to end up spending time executing on the specific project of the program manager on the government side and you’re executing on what they want.”

VC funds, on the other hand, come with the built-in expectation that you’re going to refine and potentially even change direction altogether, Gedmark says. Depending on the terms of the public funding you’re seeking, that flexibility may not be part of the arrangement, which ultimately could be more important than a bit of equity dilution.