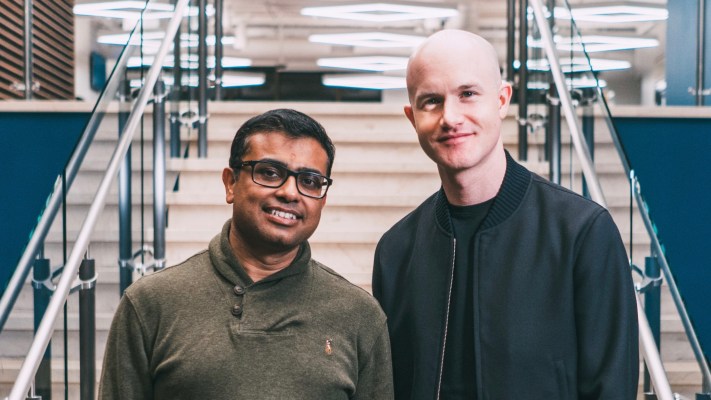 “We’re trying to shift cryptocurrency from this speculative asset class to driving real-world utility,” Coinbase CEO Brian Armstrong tells me. How? Through commerce and micropayments. But now Coinbase has the who to build it. Today the startup announced it has hired away former head of Product for Indian e-commerce giant Flipkart and Google Shopping VP of Product Surojit Chatterjee to become Coinbase’s chief product officer.

“I’ve always enjoyed being associated with technology that is on the brink of changing how we live” writes Chatterjee. “Google ads has helped democratize commerce, Flipkart and ecommerce has revolutionized life in India, and I believe Coinbase is going to turn conventional finance on its head.”

Chatterjee spent more than 11 years at Google over two stints, the first as a founding member of Google’s mobile search Ads product that’s grown to tens of billions in revenue per year. When he starts at Coinbase next week, Armstrong tells me he’ll help Coinbase organize its complex array of products, including its cryptocurrency exchange, wallet, stablecoin, incentivized crypto education platform Earn and Coinbase Commerce that lets businesses take payments in Bitcoin, Ethereum and more. Chatterjee replaces Jeremy Henrickson, the former Coinbase CPO who departed in December 2018.

“Surojit is a huge asset here because we’re a product-led company,” Armstrong says. “We have different leaders and they increasingly have responsibilities around P&L. Having one really experienced chief product officer that can mentor them and teach them to own revenues and budgets — really in the model of Google — that will professionalize Coinbase.”

One opportunity Armstrong hopes Chatterjee can help Coinbase seize on is building products for emerging markets where financial infrastructure is weak. “E-commerce is not equally distributed around the world. Micropayments don’t work that well … Him spending time living in India, a developing market, he deeply understands mobile money.” Given the explosion of phone-based payments, the demonetization and the prevalence of cash on delivery methods in India that Flipkart dealt with, “his background is kind of ideal from that worldly perspective,” Armstrong explains.

Chatterjee cites his upbringing as inspiration to deliver “economic freedom for everyone,” as Armstrong says is Coinbase’s mission. “Growing up in India in a poor middle-class household, I saw very closely what a lack of liquid cash does to a family’s lifestyle,” Chatterjee recalls.

“As a kid I would go with my mom to a local bank to withdraw money. And believe me when I tell you that the process was epic!” It included withdrawal slips, tokens and anxiously trying to match current signatures to versions decades old. When India demonetized and made everyone exchange their cash, “My dad, who was almost 80 at that time, stood in a queue for five hours to get 2000 Rs, which was the per-day limit for the first week. That’s less than $30!” Digital money could ensure people always have access to everything they own.

In developed countries, Armstrong sees a chance for Chatterjee to enable digital content creators to turn their passion into their profession. “There’s lots of people who lurk on Reddit or Stack Overflow and answer questions … If there was real money on these things, these could be their full time jobs — contributing content on user-generated social sites,” Armstrong predicts. “I think you’d see a lot more contributions, as well.”

Now might be the perfect time to hire Chatterjee since we’re in a lull period for cryptocurrency in the wake of the rush at the end of 2018. “Crypto is always challenging to navigate. In these periods when it’s relatively quiet, we tend to do really well,” Armstrong says. The company grew market share, volume and app installs versus competitors between 50% and 100%, according to the CEO. Referencing ancient war strategy, Armstrong concludes that, “There’s years where you just want to train the soldiers and stockpile resources and you’re basically just preparing. We’re building the company, not just responding to crazy hype.”

Critical Role’s second campaign will get its own Amazon animated series
Peacock tops 20M subscribers in Q4 as losses widen
Review: The 2023 Mac Mini is a serious contender with the M2 Pro
Valiant Hearts mobile game sequel is set to launch on Netflix Games on Jan 31
This startup hopes to take on Canva, raising an $11.6M Series A for its design platform