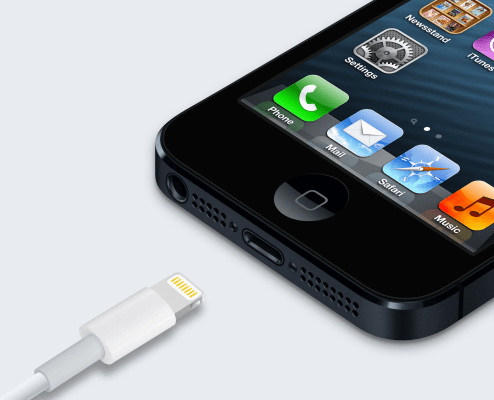 The European parliament has voted overwhelmingly for tougher action to reduce e-waste, calling for the Commission to come up with beefed up rules by July 2020.

Specifically, the parliament wants the Commission to adopt the delegated act foreseen in the 2014 Radio Equipment Directive by that deadline — or else table a legislative measure by the same date, at the latest.

The resolution, which was approved by 582 votes to 40, points out that MEPs have been calling for a single charger for mobile devices for more than a decade now. But the Commission has repeatedly postponed taking steps to force an industry-wide shift. Subtext: We’re tired of the ongoing charging cable nightmare.

The parliament says there is now “an urgent need” for EU regulatory action on the issue — to shrink e-waste, empower consumers to make sustainable choices, and allow EU citizens to “fully participate in an efficient and well-functioning internal market”.

The resolution notes that around 50 million metric tons of e-waste is generated globally per year, with an average of more than 6 kg per person.

While, in Europe in 2016, the figure for total e-waste generated was 12.3 million metric tonnes, equivalent to 16.6 kg on average per inhabitant — with the parliament asserting this represents “an unnecessary environmental footprint that can be reduced”.

To date, the Commission’s approach to the charger e-waste issue has been to lean on industry to take voluntary steps to reduce unnecessary variety. Which has resulted in a reduction of the number of charger types on the market — down from 30+ in 2009 to just three today — but still no universal charger which works across brands and device types (phones, tablets, e-readers etc).

Most notably, Apple continues to use its own Lightning port charger standard — while other device makers have switched to USB-based charging (such as the newest, USB-C standard).

When news emerged earlier this month of the parliament’s intention to vote on tougher measures to standardize mobile chargers Apple attacked the plan — arguing that regulation would ‘stifle innovation’.

But the tech giant has had plenty of years to chew over clever ways to switch from the proprietary charging port only it uses to one of two USB standards used by everyone else. So the ‘innovation’ argument seems a pretty stale one.

Perhaps picking up on Apple’s ‘innovation’ framing sidestep, i.e. to try to duck the e-waste issue, the parliament also writes:

… that the Commission, without hampering innovation, should ensure that the legislative framework for a common charger will be scrutinised regularly in order to take into account technical progress; reiterates the importance of research and innovation in this domain to improve existing technologies and come up with new ones;

Consumers should not be obliged to buy new chargers with each new device, per the resolution, with the parliament calling on the Commission to introduce strategies to decouple the purchase of chargers from a new device alongside a common charger solution — while making sure any decoupling measures do not result in higher prices for consumers.

It also wants the Commission to look at legislative options for increasing the volume of cables and chargers that are collected and recycled in EU member states.

Per Reuters, officials in the executive are in agreement that the voluntary approach is not working and have said they plan to introduce legislation for a common charger this year.

Valiant Hearts mobile game sequel is set to launch on Netflix Games on Jan 31
After inking its OpenAI deal, Shutterstock rolls out a generative AI toolkit to create images based on text prompts
This startup hopes to take on Canva, raising an $11.6M Series A for its design platform
Can Korean digital storytelling platforms captivate North American and European audiences?
Being the steady hand in market uncertainty with Sebastian Siemiatkowski from Klarna