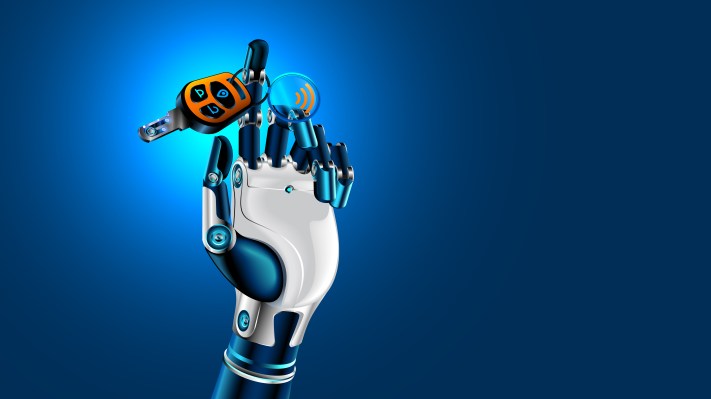 Gabi, a startup built to help consumers save money on home and auto insurance, announced today that it has closed a $27 million Series B.

The company intends on using its new capital to rapidly expand its team and invest in its product. Nearly every startup does something similar after it collects new cash, so what makes Gabi’s round interesting? Its space is attracting lots of capital, it has some notable, venture-backed competitors and its business model helped the company close its latest round. All that made the Gabi deal quite interesting.

TechCrunch covered the company’s Series A back in early 2018. The startup has come quite a ways since then. Let’s dig in.

Before the company’s Series B, Gabi raised a $2.6 million seed round. That 2017-era investment came from SV Angel and A.Capital Ventures. Then, in early 2018, Gabi put together $9.5 million in a Series A led by Canvas Ventures. As you can quickly see, the company’s latest round is larger than its preceding capital raises times two.

That makes the $27 million round a big deal for the young company. Mubadala Capital led the event, while prior investors Canvas and others took part. Gabi has now raised $39.1 million in known capital.

Finally, before we dig into Gabi, how it works and why that matters, it’s worth noting that the company declined to share any growth metrics. We’d normally complain at this juncture, but its competitor Insurify — which raised a $23 million Series A earlier this year — also didn’t share notes on its own growth. Given that they are both now well-funded, we won’t let them not share in the future.

Now let’s tie the company’s model to its round.

TechCrunch previously explored the company’s creation and operational history, which lets us instead focus on what it does today. Gabi is what CEO Hanno Fichtner calls a “tech-enabled broker,” sitting between customers and insurance companies. Its service lets people upload their current policy, which Gabi uses to find cheaper policies for the customer that have similar levels of coverage.

If that customer buys a new policy, Gabi gets paid. However, there’s a wrinkle. According to Fichtner, Gabi gets paid again if that customer renews the policy. So, in a sense, Gabi generates recurring revenue. And the better it does at matching consumers with insurance that they buy, and then keep, the more money it can make. (This impact is heightened by the fact that most Gabi customers are existing insurance customers it told TechCrunch, meaning that they tend to make for more lucrative sign-ups.)

All that fits into the Series B when you consider time. Gabi is around three years old, Fichtner told TechCrunch, meaning that it’s early customer cohorts have only had so much time to mature, and demonstration retention (renewals); the higher the company’s retention rates proved to be, the more lifetime value (LTV) that Gabi could squeeze from its customers.

More simply, the better its retention proved, the more valuable Gabi would be as a business. Which brings us back to its new round.

Gabi raised its Series B, from which we can infer that its retention rates were at least pretty good. The company thinks so. Fichtner told TechCrunch that Gabi was able to raise because its “unit economics are so great.” The CEO went on to say that Gabi has “proven in the past year that customers like our product, that they are signing up at reasonable customer acquisition costs (CAC), and that the lifetime value (LTV) that we are producing based on retention [is] high enough” to be attractive.

So, getting paid off consumer insurance re-ups seems to have made Gabi an attractive receptacle for venture dollars.

According to Fichtner, Gabi works with a number of the venture-backed insurance companies — startups like MetroMile, Root Insurance and Lemonade. Regular readers will recall that we’ve inducted two of the three into the $100 million ARR club (more here and here). Fichtner told TechCrunch that they make attractive partners as they are “quite competitive” and provide strong customer support.

Toss in Insurify and Gabi and there’s a constellation of insurance-focused startups that are raising oodles of ducats. Why? Fichtner left us with a figure that we have to share as it helps answer our question. Guess, if you will, how much money is paid out in the U.S. each year in insurance commissions? $64 billion, for personal (non-corporate) insurance.

According to the executive, commissions on such products can be as high as 13%. You can do the math. That’s one heck of a lot of space to sell into.