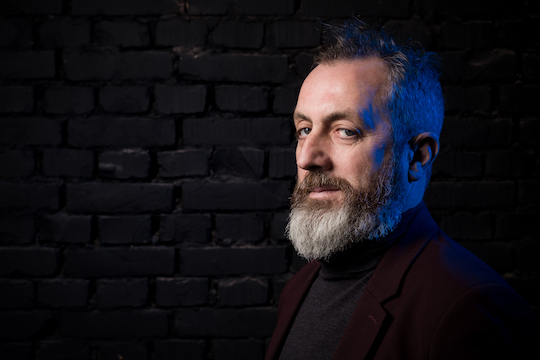 Silicon Valley VC 7BC Venture Capital has decided to make an incursion into Europe, recruiting its first venture partner in the UK.

Monty Munford was previously a freelance journalist, conference speaker and columnist contributing to Forbes, The Telegraph, The Economist, BBC Newsweek and Wired, among others.

7BC VC focuses primarily on AI, FinTech, blockchain and related startups. It recently invested in Kyndi at a Series B with a valuation of $20M.

Munford says he caught the venture bug by brokering a deal between Qriously — a mobile data company that had predicted correctly the Trump win, Brexit referendum and the French/Dutch — And UK/NYC company Brandwatch . The deal was covered by TechCrunch here.

“It was one of the most gratifying things I’d ever done… I see joining 7BC as a chance to change things from another angle,” he told TechCrunch .

“There really is a correlation there between tech journalism and investing. There is much in common between looking at horrendous press releases and commensurate startups pitches and their decks,” he added.

Brandwatch CEO Giles Palmer commented: “Monty has watched us build for the past decade and has always openly shared connections and possibilities for our growth. When he, almost hysterically, told me that ‘we had to buy the company’, we had to take a second look and he was right. He has the creativity to see connections where they don’t exist and a nose for when people are likely to click. It’s a powerful combo.”

7BC Venture Capital co-founder and CEO Andrew Romans said in a statement: “Part of the success of a startup with or without VC funding is their ability to generate positive PR for the company and be noticed by multiple relevant audiences, but also tell a story, do something novel, and innovate.”

He said a journalist can bring special skills to the investing role: “This results in a unique understanding of specific ecosystems and categories of startups and corporate players, not to mention relationships with all of these individuals and the key news outlets. On the treasure map of PR, media, tech, and creativity we place an X on Monty Munford.”

Romans is based in Silicon Valley and was previously an investor in Player X, where Munford had been an executive.