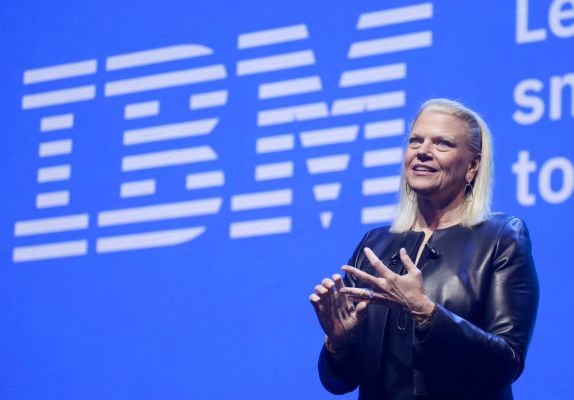 Krishna, IBM’s senior vice president for cloud and cognitive software, will take over on April 6 after a couple months of transition. Rometty will remain with the company as chairman of the board.

Krishna reportedly drove the massive $34 billion acquisition of Red Hat at the end of 2018, and there was some speculation at the time that Red Hat CEO Jim Whitehurst was the heir apparent. Instead, the board went with a more seasoned IBM insider for the job, while naming Whitehurst as president.

2. Apple’s redesigned Maps app is available across the US, adds real-time transit for Miami

The redesigned app will include more accurate information overall as well as comprehensive views of roads, buildings, parks, airports, malls and other public places. It will also bring Look Around to more cities and real-time transit to Miami.

The company, Social Captain, says it helps thousands of users to grow their Instagram follower counts by connecting their accounts to its platform. But TechCrunch learned this week Social Captain was storing the passwords of linked Instagram accounts in unencrypted plaintext.

That is a real headline and I probably don’t need to say much else. Listen to the track, or don’t.

5. Being a child actress prepared me for a career in venture capital

Crystal McKellar played Becky Slater on “The Wonder Years,” and she writes about how that experience prepared her to be a managing partner at Anathem Ventures. (Extra Crunch membership required.)

High-end fashion might not be the first thing that comes to mind when you think about online shopping, but it has actually been a ripe market for the e-commerce industry.

Vue launched in March 2015, offering live and on-demand content from more than 85 channels, including many local broadcast stations. But it failed to catch on with a broader audience, despite — or perhaps, because of — its integration with Sony’s PS3 and PS4 devices, and it shut down this week. (Extra Crunch membership required.)

Spotify cuts 6% of its workforce, impacting 600 people
Disney+ advertisers will soon get Hulu’s ad targeting capabilities
Plum launches its money management app in five more countries
Substack introduces ‘private Substacks’ that readers can request to subscribe to
HBO’s ‘The Last of Us’ gets a second season following successful debut