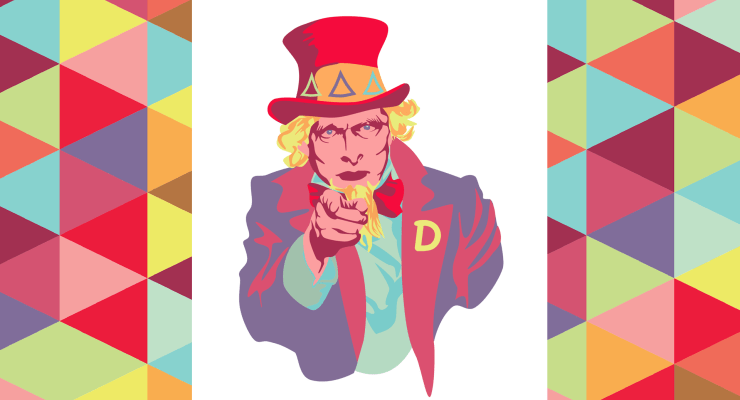 Lip-syncing app Dubsmash was on the brink of death. After a brief moment of virality in 2015 alongside Vine (R.I.P), Dubsmash was bleeding users faster than it could recruit them. The app let you choose an audio track like a rap song or movie quote and shoot a video of you pretending to say the words. But there was nowhere in the app to post the videos. It was a creation tool like Hipstamatic, not a network like Instagram. There’s a reason we’re only using one of those today.

So in 2017 Dubsmash‘s three executives burned down the 30-person company and rebuilt something social from the ashes with the rest of the $15.4 million it’d raised from Lowercase Capital and Index Ventures. They ditched its Berlin headquarters and resettled in Brooklyn, closer to the one demographic still pushing Dubsmashes to the Instagram Explore page: African-American teenagers posting dances and lip-syncs to indie hip-hop songs on the rise.

Dubsmash stretched its funding to rehire a whole new team of 15. They spent a year coding a new version of Dubsmash centered around Following and Trending feeds, desperately trying to match the core features of Musically, which by then had been bought by China’s ByteDance. It’s got chat but still lacks the augmented reality filters, cut transitions, and photo slideshows of TikTok. But Dubsmash has the critical remix option for soundtracking your clip with the audio of any other video that sets it apart from Instagram and Snapchat.

“We realized to build a great product, we needed a depth of expertise that we just didn’t have access to in Berlin” Dubsmash co-founder and CEO Jonas Druppel tells me. “It was a risky move and we felt the weight of it acutely.  But we also knew there was no other way forward, given the scale and pace of the other players in the market.”

Few social apps have ever pulled off a real comeback. Even Snapchat had only lost 5 million of its 191 million users before it started growing again. But in the case of Dubsmash, its biggest competitor was also its savior.

The pre-relaunch version of Dubsmash

In August 2018, ByteDance merged Musically into TikTok to form a micro-entertainment phenomenon. Instead of haphazardly sharing auto-biographical Stories shot with little forethought, people began storyboarding skits and practicing dances. The resulting videos were denser and more compelling than content on Snapchat and Instagram. The new Dubsmash, launched two months later, rode along with the surge of interest in short-form video like a Lilliputian in a giant’s shirt pocket. The momentum helped Dubsmash raise a secret round of funding last year to keep up the chase.

Dubsmash rebuilt its app and revived its usage

“The turnaround that we executed hasn’t been done in recent memory by a consumer app in such a competitive marketplace. Most of them fade to oblivion or shut down” Dubsmash co-founder and President Suchit Dash tells me. “By moving the company to the United States, hiring a brand new all-star team & relaunching the product, we gave this company & product a second life. Through that journey, we obsessed only on one metric: retention.”

Now the app has pulled 27% of the US short-form video market share by installs, second only to TikTok’s 59%, according to AppAnnie. Sensor Tower tells TechCrunch that TikTok has about 3X as many US lifetime installs as Dubsmash, and 11X more between when Musically became TikTok in August 2018 and now.

In terms of active users outside of TikTok, Dubsmash has 73% of the US market, compared to just 23% on Triller, 3.6% on Firework, and an embarrassing 0% on Facebook’s Lasso. And while Triller began surpassing Dubsmash in downloads per month in October, Dubsmash has 3X as many active users and saw 38% more first-time downloads in 2018 than 2019. Dubsmash now sees 30% retention after a month, and 30% of its daily users are creating content.

It’s that stellar rate of participation that’s brought Dubsmash back to life. It also attracted a previously unannounced round of $6.75 million in the Spring of 2019, largely from existing investors. While TikTok’s superstars and huge visibility could be scaring some users away from shooting videos while a long-tail of recent downloaders watch passively, Dubsmash has managed to make people feel comfortable on camera.

“Dubsmash is ground zero for culture creation in America—it’s where  the newest,  most popular hip-hop and dance challenges on the Internet originate” Dash declares.  “Members of the community are developing content that will make them the superstars of tomorrow.”

Being #2 might not be so bad, given how mobile video viewing is growing massively thanks to better cameras, bigger screens, faster networks, and cheaper data. Right now, Dubsmash doesn’t make any money. It hopes to one day generate revenue while helping its creators earn a living too, perhaps through ad revenue shares, tipping, subscriptions, merchandise, or offline meetups.

One advantage of not being TikTok is that the app feels less crowded by semi-pro creators and influencers. That gives users the vibe that they’re more likely to hit the Trending or Explore page on Dubsmash. The Trending page is dominated by hot new songs and flashy dances, even if they’re shot with a lower production quality that feels accessible.

Dubsmash tries to stoke that sense of opportunity by making Explore about discovering accounts and all the content they’ve made rather than specific videos. While popular clips might have tens of thousands of views rather than the hundred-thousand or multi-million counts on TikTok’s top content, there’s enough visibility to make shooting Dubsmashes worth it.

TikTok has already taken notice. Shown in a leak of its moderation guidelines from Netzpolitik, the company’s policy is to downrank the visibility of any video referencing or including a watermark from direct competitors including Dubsmash, Triller, Lasso, Snapchat, and WhatsApp. That keeps Dubsmash videos, which you can save to your camera roll, from going viral on TikTok and luring users away.

TikTok also continues to aggressively buy users via ads on competing apps like Facebook thanks to the billions in funding raked in by its parent ByteDance. In contast, Dash says Dubsmash has never spent a dollar on user acquisition, influencer marketing, or any other source of growth. That makes it achieving even half to a third of as many installs as TikTok in the US an impressive fete.

Why would creators choose Dubsmash over TikTok? Dash clinically explains that its a “decoupled audio and video platform that enables producers and tastemakers to upload fresh, original tracks that are utilized by creators and  influencers alike” but that it’s also about “Its role as a welcoming home for a community that’s underrepresented on social platforms.”

If Dubsmash keeps growing, though, it will encounter the inevitable content moderation problems that come with scale. It’s already doing a solid job of requiring users to sign up with their birthdate to watch or post videos, and it blocks those under 13. Only users who follow each other can chat.

Any piece of content that’s flagged by users is hidden from the network until it passes a review by its human moderation team that works around the clock, and it does proactive takedowns too. However, brigading and malicious takedown reports could be used by trolls to silence their enemies. Dubsmash is working off of a common sense model of what’s allowed rather than firm guidelines, which will be tough to keep consistent at scale.

“Being a social media app in 2020 means you need to take greater responsibility for the well being of the community” says Dash. “We decided upon relaunch to take a strict perspective. Our goal is to be intentional and proactive early, and invest in safety and healthy growth rather than growth at all costs. This may not be the most popular approach amongst the market, but we believe this is the most effective way to build a social platform.”

Dubsmash proves that short-form video is so compelling to teens that the market can sustain multiple apps. That will have to be the case given Instagram is preparing to release its TikTok clone Reels, and Vine’s co-founder Dom Hofmann just launched his successor Byte. The breakdown could look like:

Perhaps we’ll eventually see consolidation in the market, with giants like TikTok and Instagram acquiring smaller players to grow their content network effect with more fodder for remixes. But fragmentation could breed creativity. Different tools and audiences beg for different types of videos. Make something special, and there’s an app out there to enter your into pop culture cannon.

For more on the short-form video wars and the future of micro-entertainment, read:

Angry Miao’s AM 65 Less is both more and less keyboard than you’ll ever need
Germany is looking into PayPal’s terms for merchants
Netflix teams up with Bumble so users can bond over popular TV shows
This startup hopes to take on Canva, raising an $11.6M Series A for its design platform
Peacock tops 20M subscribers in Q4 as losses widen