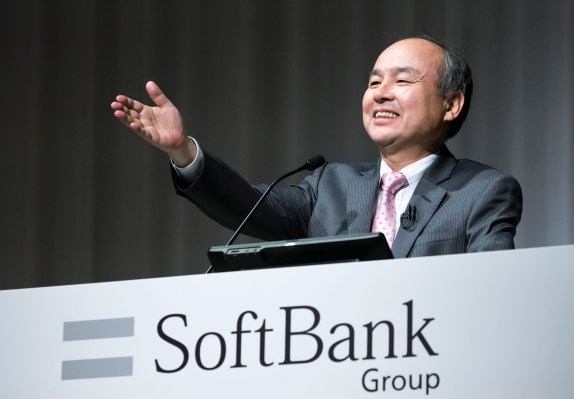 SoftBank wants its competing portfolio companies to stop losing so much money and, in some cases, to merge.

That’s the news out from the Financial Times today, which reported that Uber and DoorDash discussed merging last year. The talks didn’t wind up in a deal.

Perhaps by bringing the two companies together they would lose less money, and thus be in a better place to either return to their original IPO valuation or defend their existing private valuation.

Uber has famously struggled after its IPO to retain value, shedding worth during its public offering and since its debut. DoorDash, relatedly, was said to be in the market recently but unable to close a new, large funding round. And as the two companies compete a combination makes sense. Even more so when you consider their shared shareholder.

Uber and DoorDash aren’t the only examples of SoftBank-backed companies beating each other up with bricks of Vision Fund cash.

According to a report today in the Wall Street Journal, a fight in Latin America between several SoftBank-backed companies is raging:

Uber is under siege in Latin America amid a bruising price war where its ostensible rivals are Rappi and China’s Didi Chuxing Technology Co. But here’s the twist. All the combatants have as their biggest owner the same tech investor, Japan’s SoftBank Group Corp., which has injected a total of $20 billion into the three.

In the pre-unicorn era, you’ll recall the old venture maxim that no single group should invest in competing players. After all, why pay for one portfolio company to beat on another startup that you already helped finance? SoftBank, with its own investments and the Vision Fund, ignored that rule, and now it’s financing a fustercluck across the various American continents.

Which is why it might want DoorDash and Uber to link up. It might lessen one headache. Then SoftBank could work on figuring out how to keep Uber and Didi from beating each other up on rides in other markets, while disentangling Uber Eats and Rappi from a delivery scrap in yet more.

Perhaps SoftBank wants all the players to merge into a single, mega-delivery and ride corp. That would never pass regulatory oversight, of course, but at least it would centralize the losses and cash burn into a single income statement.

Think of the time it would save!

Critical Role’s second campaign will get its own Amazon animated series
Disney+ advertisers will soon get Hulu’s ad targeting capabilities
HBO’s ‘Succession’ Season 4 premieres on March 26
What’s going on in the Dutch startup scene?
Google created an AI that can generate music from text descriptions, but won’t release it