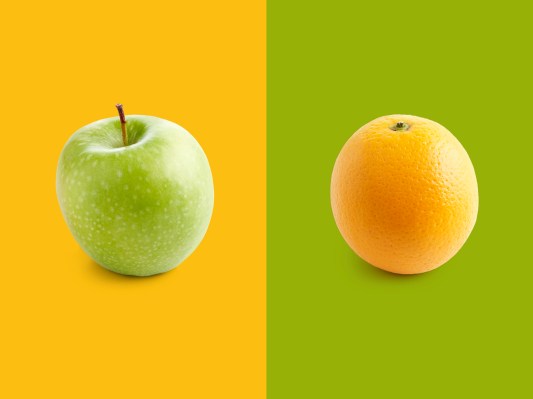 Everybody’s talking about revenues after WeWork, but maybe you still don’t need to have all the right numbers in place to achieve a strong IPO? That’s the initial takeaway Alex Wilhelm has after One Medical’s successful debut this week. One might think it looks like a tech-enabled unicorn, that doesn’t generate the recurring revenue and margins of a true tech-powered business.

But, the doctor-services provider closed up almost 40% on a somewhat ambitious price of $14 per share. It had raised $532.1 million during its time as a private company, with a fairly recent valuation of $1.71 billion. With its closing value of $19.50 per share today, One Medical is now worth $2.38 billion.

That’s despite gross margins under the 50% mark, deeply minority recurring revenue and 30% revenue growth in 2019 at best, as Alex noted on Extra Crunch Friday. It is now worth about 8.5x its trailing revenues.

“There are cash-generating SaaS companies that are growing only a bit more slowly that are trading for lower multiples,” he has previously observed. “I cannot see what makes the company — an unprofitable, only moderately growing upstart with non-recurring revenue — worth a SaaS multiple. Especially as its gross margins aren’t great and aren’t improving.”

Meanwhile, mattress-seller Casper, which also filed new information about its IPO plans this week, has numbers that aren’t all that different. But it’s just hoping to not take too big of a haircut on its last private valuation, Alex separately noted on EC.

Maybe public investors still care about a great story, despite the rough debuts of Blue Apron, SmileDirect, WeWork and a range of others? Certainly, One Medical’s work to improve medical care is laudable regardless of these questions (in fact, it won the Best Healthcare Startup Crunchie in 2013).

Let’s say the public markets are not for you, though, and instead you want to get acquired. Ed Byrne of Scaleworks looks at this both as a startup investor and, through a separate part of his company, as an acquirer, and has kindly provided a detailed explainer on Extra Crunch for startup founders.

Here are his key deciders from the purchaser perspective:

Buying and taking on someone else’s business is always a scary proposition — the unknown unknowns — but if you get comfortable with the fundamental of the company, acquisitions can be a real accelerator compared to the epic effort — and high risk — of starting from scratch.

Want to build the next Airbnb? In this week’s investor survey, Arman Tabatabai spoke to some of the most active and successful investors in travel-oriented industries today — the general mood is pretty positive, with M&A expected to help incumbents boost consumer-facing service quality, and new technologies cracking open more possibilities for companies of all sizes.

Starting a company in Europe? Want to? Here’s how Blossom Capital cofounder and long-time investor Ophelia Brown explains the opportunities in the region to Steve O’Hear.

Having now been in this ecosystem for so long, I think the inflection point is the number of successful high-growth companies that we’ve produced from Europe, be it Adyen, Spotify, Farfetch, Elastic and Klarna, where my [Blossom] partner Louise was as well, I think what it has really shown to people is that you can take risk at the early stage and build meaningful businesses from Europe. And I think that’s really encouraged a new next generation of entrepreneur. And Europe is changing its mindset that it’s okay to fail.

And I think the other shift is that now people are saying, “okay, well, I’m not going to move to the valley and trying to build my teams because talent is so competitive and so expensive over there, I want to build in Europe.” And then finally, the great engineering, design, product talent here and then being helped by funds like us to scale it at the beginning and early stages, and then going on to produce some really interesting things. I don’t think U.S. funds are coming over here because they see cheaper pricing and lower valuations. They’re coming over here because they are looking at markets and industries and finding the potential next best thing over in Europe.

Tracking corporate venture capital’s rise over the past decade (EC)

Adding India to your business (TC)

This week’s episode features Alex along with co-host Danny Crichton talking about:

Get Startups Weekly in your inbox every Saturday morning, just sign up here.