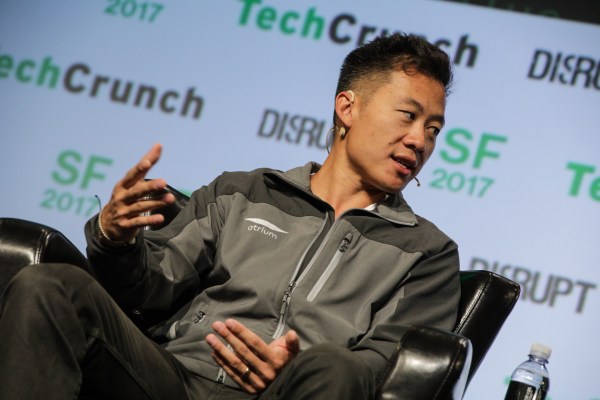 Greg M. Epstein is the Humanist Chaplain at Harvard and MIT, and the author of The New York Times bestselling book “Good Without God.” Described as a “godfather to the [humanist] movement” by The New York Times Magazine in recognition of his efforts to build inclusive, inspiring and ethical communities for the nonreligious and allies, Greg was also named “one of the top faith and moral leaders in the United States” by Faithful Internet, a project of the United Church of Christ and the Stanford Law School Center for Internet and Society.

More posts by this contributor

Justin Kan was talking about the systems in his life. The serial entrepreneur/founder, who recently announced a pivot and significant layoffs at Atrium, his latest venture, came to speak at last fall’s TechCrunch Disrupt in high-fashion black sweats and an extremely colorful pair of Nikes.

After Kan wrapped up his panel, we sat down for a wide-ranging and philosophical interview. And as we left off in part one of our conversation, Kan was explaining his self-described Buddhist philosophy of life.

But in the second part of our interview, I wanted to focus more on Kan’s thoughts about systems in society as a whole. There’s a difference, after all, between working mindfully to change oneself and doing so to change society. As we’ve seen with Adam Neumann, among others, there is a certain class of “spiritual” Silicon Valley entrepreneurs who use their platform in tech to assuage their own inner suffering — and perhaps gain influence by helping similarly influential people alleviate their own. WeWork, for example, cultivated associations with everything from Kabbalah to Deepak Chopra to mindful eating before the company melted under the heat of its own ethical challenges.

I don’t know that there is evidence to place Kan in the above category; maybe he is better understood as a legitimate, if unconventional, Big Thinker. But either way, it would be important to ask: What good is it when tech leaders like Kan seek a Buddhist alleviation of suffering, if the industries that sustain them are, at scale, currently creating enormous and very tangible suffering for countless millions of less fortunate people?

Netflix’s ‘All Quiet on the Western Front’ is among the most nominated Oscar films
Can Korean digital storytelling platforms captivate North American and European audiences?
Google created an AI that can generate music from text descriptions, but won’t release it
Angry Miao’s AM 65 Less is both more and less keyboard than you’ll ever need
Netflix teams up with Bumble so users can bond over popular TV shows