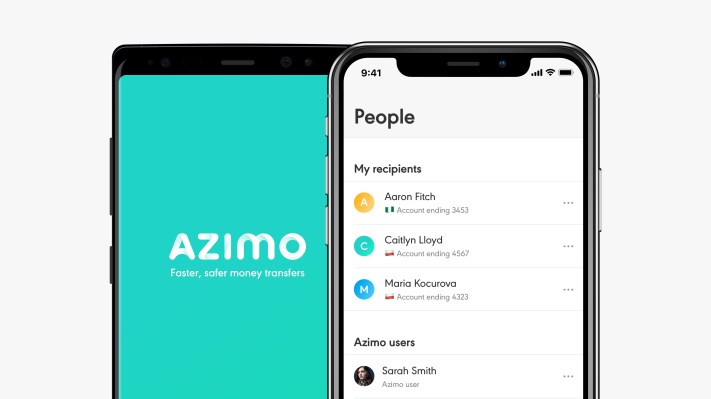 Azimo, the money transfer service that is HQ’d in London but has the majority of its staff based in based in Poland, has secured €20 million in debt from the European Investment Bank (EIB), the lending arm of the European Union.

The financing is supported by the European Fund for Strategic Investments (EFSI), the financial pillar of the EU’s “Investment Plan for Europe”. Azimo says the capital provided by EIB will be used to accelerate the company’s R&D and to “scale up” its proprietary payments platform. This will include further job creation at the fintech’s Kraków offices, where 130 out of 160 total staff are currently located.

Azimo has raised $50 million of equity funding to date — investors include Rakuten, eVentures, Greycroft and Frog Capital — and in August the company said it was profitable. It offers low cost international payments to 200+ countries and territories around the world, and claims 2 million registered customers.

“[We are] planning to use the finance to scale faster in Europe,” Azimo co-founder and executive chairman Michael Kent tells TechCrunch. This will include investing in engineering and product talent, “so we can adapt our product for ever more countries and build ever better instant payment rails”.

In addition, the fintech plans to increase marketing spend and “spread the gospel of Azimo’s faster and cheaper proposition to more customers in the EU,” says Kent.

Meanwhile, Azimo securing a line of credit from the EIB is interesting in the context of Brexit. The company is very typical of European tech scale-ups that have teams split across the U.K. and continental Europe, born in part out of the U.K.’s membership of the EU and freedom of movement, which as of this week came to an end.

Kent has already had to re-jig the business by securing an e-money license in the Netherlands in order to continue trading in Europe. And he has views on what the U.K. government needs to do next, specifically with regards to accessing European skilled labour, which he has said is the “lifeblood of fintech“.

“I have a very international team in London too and always will,” Kent tells me. “I want to be able to keep them here and augment that team with top talent. Skilled tech workers are super mobile and they don’t come to London for the weather or the living costs but for the opportunities. The noises coming from government and eventually the policies are super important in framing how that target audience thinks”.