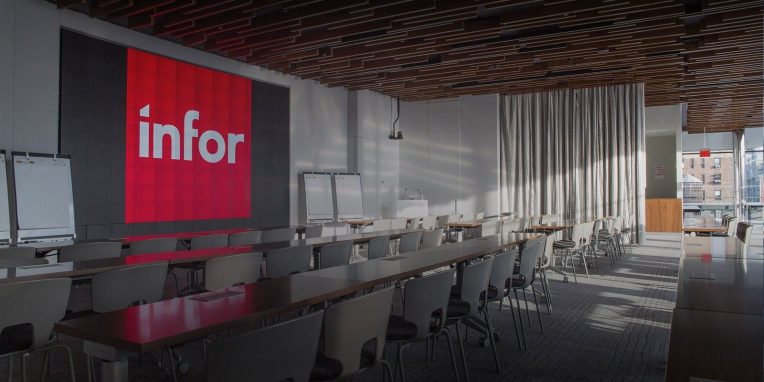 Infor announced today that Koch Industries has bought the company in a deal sources peg at close to $13 billion.

Infor, which makes large-scale cloud ERP software, has been around since 2002 and counts Koch as both a customer and an investor, so the deal makes sense on that level. Koch was lead investor last year in a $1.5 billion investment where the company indicated that it was a step before going public.

It’s not clear if that is still the goal, as sources suggested that staying private might provide the company with more capital flexibility in the future. Daniel Newman, founder and principal analyst at Futurum Research, says staying private longer could benefit Infor in the long run.

“There have been thoughts of an IPO, but remaining private should give the company flexibility without the quarterly pressure to refine its strategy, make necessary investments in the platform and achieve the growth rates that would make the company more of an exciting IPO,” he said.

Under the terms of the deal, Koch will be buying out the remaining equity stake in Golden Gate Capital, a secondary investor in last year’s investment. The company’s management team will remain in place and Infor will act as a stand-alone subsidiary of Koch.

Company CEO Kevin Samuleson, as you would expect, saw the deal as a positive move that allowed the company to operate with a well capitalized parent behind it. “As a subsidiary of a $110 billion+ revenue company that re-invests 90% of earnings back into its businesses, we will be in the unique position to drive digital transformation in the markets we serve,” he said in a statement.

Jim Hannan, executive vice president and CEO of enterprises for Koch Industries saw it similarly with Koch’s deep pockets helping to propel Infor in the future. “As a global organization spanning multiple industries across 60 countries, Koch has the resources, knowledge and relationships to help Infor continue to expand its transformative capabilities,” he said in a statement.

Holger Mueller, an analyst at Constellation Research, says it’s a strange deal on its face, but if Koch leaves Infor alone, it might work out. “When you think you have seen it all, something new comes along: A regular enterprise buys a top five ERP vendor. Now [we’ll have to see] if Koch can ensure Infor keeps building market leading software, using Koch as showcase, or becomes the Koch software affiliate.

“The latter would be an unfortunate outcome. On the positive side, enterprise software built from real user validation, that can also serve as a reference, can be very powerful,” Mueller told TechCrunch. He said it could work out great, but also has the potential to go very wrong, depending on how Koch manages a software asset.

Infor is a huge company. As we reported last year at the time of its investment:

Infor may be the largest company you never heard of, with more than 17,000 employees and 68,000 customers in more than 100 countries worldwide. All of those customers generated $3 billion in revenue in 2018. That’s a significant presence.

Review: The 2023 Mac Mini is a serious contender with the M2 Pro
Valiant Hearts mobile game sequel is set to launch on Netflix Games on Jan 31
Disney+ advertisers will soon get Hulu’s ad targeting capabilities
Renaissance Fusion raises $16.4 million to build nuclear fusion technology in Europe
Meta expands its partnership with the NBA to offer 52 games in VR