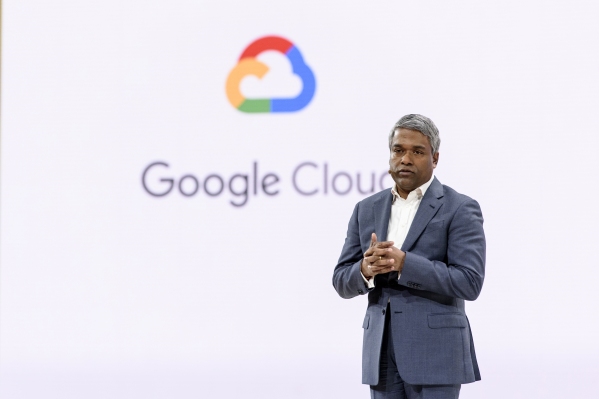 In earnings reported this week, Alphabet announced that Google Cloud generated a robust $2.61 billion for the quarter, a number that includes revenue from both Google Cloud Platform and G Suite.

That puts the division on a nice little run rate of $10.44 billion. It feels like a lot until you consider that Microsoft had a combined software and infrastructure cloud revenue run rate of $12.5 billion in its most recent report, while AWS reported almost $10 billion for the quarter. While Google is not even close to these rivals, it’s picking up some much-needed steam.

As Holger Mueller, an analyst at Constellation Research, points out, crossing the $10 billion run rate mark is a rite of passage. “Ten billion dollars is the new mark for IaaS players, effectively the unicorn rating for them. And revenue/size matter, as the cloud business is an economies of scale business,” Mueller told TechCrunch.

When Thomas Kurian came on board last year after more than two decades at Oracle to replace Diane Greene as head of Google Cloud, prevailing wisdom suggested that he was hired to help shift the division’s focus firmly to the enterprise. The move appears to be working.

Samsung has the MacBook Pro in its sights with the $2,400 Galaxy Book 3 Ultra
Amazon ramped up content spending to $16.6B in 2022, including $7B on originals
Needles to say, Ghostline drags tattoo stencil making ‘inkto’ the current millennium
Netflix crackdown, monetizing ChatGPT and bypassing FB’s 2FA
Post Series-B, anti-fraud platform SEON acquires AML startup Complytron for a rumoured €2.5M