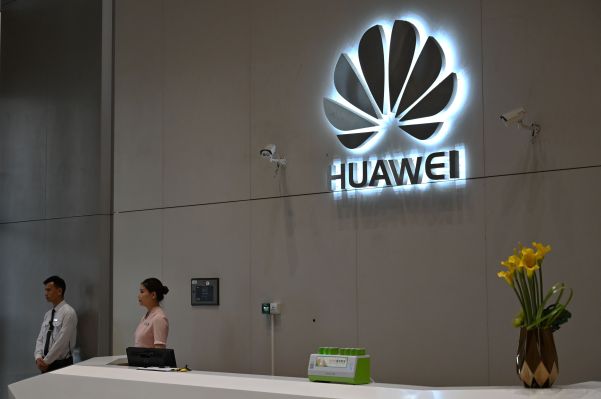 The Chinese telecommunications equipment giant wants Verizon to compensate it for the use of technology it says are covered by 12 Huawei patents, including ones related to networking, security and video communications. Before the lawsuits were filed, Huawei claims it negotiated with Verizon in a series of meetings from February 2019 to January 21, but was unable to reach a license agreement.

(Disclosure: TechCrunch is owned by Verizon Media, a division of Verizon Communications).

Huawei technology is used by telecommunication companies around the world. In a press release about the lawsuits, it says it puts about 10% to 15% of its revenue into research and development each year, and has spent about $70 billion on R&D over the last decade, including about $15 billion in 2018 alone.

This resulted in Huawei receiving more than 80,000 patents around the world, including 10,000 in the U.S.

In its filings, Huawei claims Verizon has “profited greatly” from infringing on its patents, noting that Verizon Communication’s total revenue for its wireline division in 2018 was $29.8 billion.

Huawei maintains a close relationship with many other tech companies, including some competitors, through licenses. It says that it has received more than $1.4 billion in patent license fees since 2015 and in addition to providing access to its own technology, has also paid over $6 billion for licensing patents from other companies, with more than 100 license agreements signed with vendors in the U.S., Europe, Japan and South Korea.

In its press release, Huawei’s chief legal officer Song Liuping said “Verizon’s products and services have benefitted from patented technology that Huawei developed over many years of research and development.”

“For years now we have successfully negotiated patent license agreements with many companies. Unfortunately, when no agreement can be reached, we have no choice but to see a legal remedy,” Song added. “This is a common practice in the industry. Huawei is simply asking that Verizon respect Huawei’s investment in research and development by either paying for the use of our patents, or refraining from using them in its products and services.”

The patent infringement lawsuit is taking place against the backdrop of Huawei’s legal entanglements with the U.S. government, which claims it is a national security threat, a charge Huawei denies.

Huawei has been on a U.S. trade blacklist since the last May and is suing the government over what it says is an unconstitutional ban on the use of its products by federal agencies and contractors. Huawei’s technology is used by many telecom companies around the world, however, and its close ties with U.S. supply chains were underscored last month when the Defense and Treasury Departments reportedly put pressure on the Commerce Department over the ban.

Senate questions Live Nation president amid Taylor Swift ticketing debacle
Meta expands its partnership with the NBA to offer 52 games in VR
Disney+ advertisers will soon get Hulu’s ad targeting capabilities
What’s going on in the Dutch startup scene?
European banks struggle with AI, while US banks lead the field, according to a new index