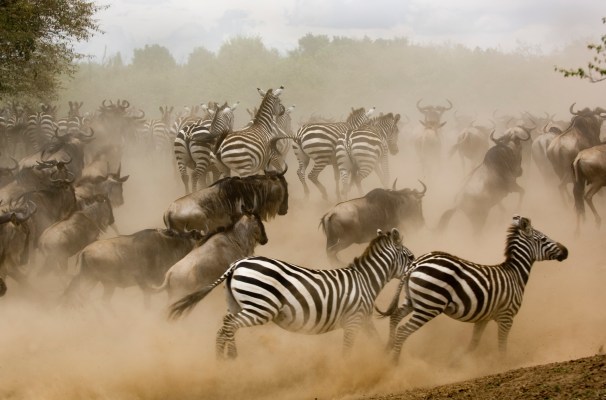 This morning The Zebra, an Austin-based insurance marketplace startup, announced it has closed a $38.5 million Series C. Accel led the funding event, which was participated in by prior investors Silverton Partners, Ballast Point Ventures, and the company’s CEO Keith Melnick. Floodgate and Weatherford Capital also invested in the round.

According to Melnick, the company had targeted a final sum closer to $30 million, but interest in putting more capital into the business by the company’s extant investor set led to a larger Series C. The Zebra previously raised a number of Seed rounds, and a $17 million Series C led by Ballast and a $40 million Series B led by Accel.

The Zebra joins competing startups, including Insurify ($23 million), Gabi ($27 million) and Policygenius in raising new capital this year. Why are venture capitalists putting so much money into the space? When we recently posed the question, we posited revenue growth among its constituent players and a total addressable market that was attractive as likely reasons why.

Happily, The Zebra released some hard performance numbers in conjunction with its round, which not only show why the company was able to raise more capital but also why its space is hot.

When most startups raise capital they are rarely share performance results and business metrics. This leads to press releases so insipid and anodyne that many rounds are covered by precisely zero members of the media.

One way to avoid this bland fate is to share at least directional results. ARR growth, say, on a year-over-year basis. The next level of transparency — and therefore flavor — is providing real figures. Which is what The Zebra did as part of its Series C. Here they are:

It’s an impressive list of metrics. An interview with the company’s CEO helped fill in a few more details.

According to Melnick, The Zebra is improving customer acquisition costs over time, as it is also improving its revenue generation (both categories on a unit basis), implying that the company isn’t spending its capital on driving artificial growth.

Given the company’s expected growth when is the IPO? Melnick cited his time at Kayak (which went public), listening to investor Mike Moritz who was skeptical at times of going public. Melnick joked that, “Like [with] most things, Mike was right.” The Zebra isn’t focused on any particular exit, he said. Instead, it wants to execute well, which will provide the company with a number of options when the time is right.

In summation: the Zebra’s $38.5 million brings us to $185.5 million raised by four insurance marketplaces so far in 2020. It’s going to be fascinating to see where all the startups are at the end fo 2020 and if any have linked up by then.

Netflix’s ‘All Quiet on the Western Front’ is among the most nominated Oscar films
Valiant Hearts mobile game sequel is set to launch on Netflix Games on Jan 31
After inking its OpenAI deal, Shutterstock rolls out a generative AI toolkit to create images based on text prompts
Apple MacBook Pro 14-inch M2 Max review
Can Korean digital storytelling platforms captivate North American and European audiences?