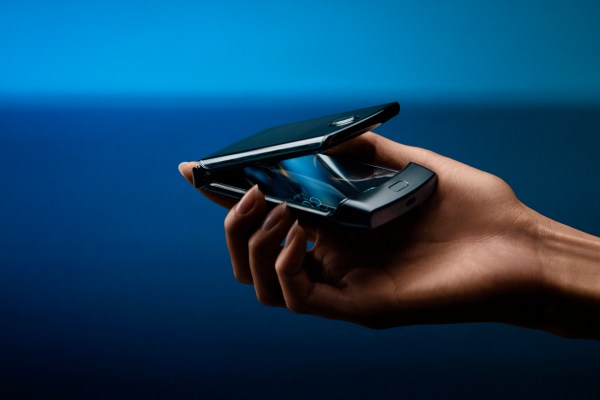 The Galaxy Fold felt like an omen for a burgeoning category. The fascinating and promising product was plagued by broken review units that forced Samsung to go back to the drawing board with a reinforced model. But even that version ultimately ran into issues, as I can personally attest.

No doubt other companies readying their own devices took the opportunity to reconsider their strategy. Huawei, for one, very publicly noted that it would push back the release of the promising Mate X, just to be on the safe side. Perhaps it was the compelling form factor coupled with an assumed abundance of caution, but many no doubt expected the Razr’s arrival to be different.

Like clockwork, CNET was on the scene for the Razr’s arrival with the same folding machine it used to stress test the Galaxy Fold. While that device made it a bit over 100,000 folds, The Motorola Razr fell significantly short in testing this week. The original head “Motorola Razr fails to reach 100,000 folds in our test” doesn’t quite capture how short the device fell. The hinge started going wonky in a little over 27,000 folds. That’s just under four hours into the video — a pretty big gulf compared to the 14 hour marathon for the Fold.

Certainly one test shouldn’t be regarded as the end-all, be-all. The truth is, however, that in spite of the product currently being available for sale, there aren’t many review units out there. Of course, that seems reason enough to approach with caution, as it would with any first-gen product and new form factor. Those who did purchase the foldable have already taken to Twitter to complain about a loud hinge sound. Again, not a deal breaker, perhaps, but also not great.

This is the sound of the hinge on the Razr folding. It doesn’t sound good. The hinge also feels flimsy and cheap for a $1500 phone. The rep at this store said she was afraid to use it. pic.twitter.com/dCXZNlCF0P

I suspect the device will come with warnings about treating it with an abundance of caution, similar to the paperwork that started shipping with the Fold. But while the device is more affordable than the Fold, it’s still $1,500 — a big price to pay for something you need to hold with kid gloves. Follow this space to see how things play out in the coming weeks, but after a good deal of excitement following the original unveil, this probably isn’t the kind of press Motorola was banking on.

Portugal’s Coverflex raises a €15M Series A to make employee benefits more flexible and engaging
Dotfile is a one-stop identity verification API for compliance purposes
Seyna adds claim management product for insurance brokers
Apple execs on M2 chips, winning gamers and when to buy a Mac
Amazon ramped up content spending to $16.6B in 2022, including $7B on originals