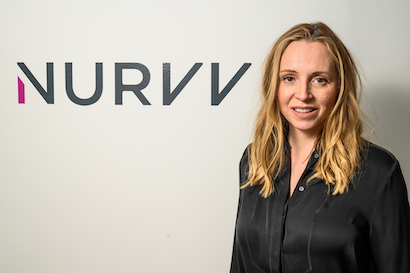 Launched at CES 2020, NURVV, a biomechanics startup, has closed a $9m Series A round, led by Hiro Capital, the sports/Esports VC fund, along with co-investment from Ian Livingstone CBE (Games Workshop co-founder) and Cherry Freeman (co-founder of LoveCrafts).

It turns out that if you can figure out how to protect a smartphone from smashing, you can also work out how high a basketball player can jump.

Jason Roberts founded Tech21, one of the world’s leading smartphone case manufacturers. He and his co-founder and wife Ulrica have now used that knowledge to launch new wearable tech product, which, when inserted into the sole of a shoe, can measure the strike of a foot on the ground, or the leap of its wearer.

The wearable uses 32 sensors fitted inside lightweight insoles to capture data from the feet at 1,000 times per second, per sensor.

The money will be used to bring NURVV’s debut product, NURVV Run, to a global market and fund further R&D.

Featured among the best lists of Wired, CNET and Gear Patrol, the wearable has also been tested by the UK’s National Physical Laboratory over the past three years,

It can measure running metrics such as cadence, step length, footstrike, pronation and balance, feeding the data into the NURVV Run coaching app to show a picture of the wearer’s running technique, and thus helping runners improve their technique and pace.

While runners are already able to collect a huge amount of data about their run, the data is always after the run. Jason Roberts, founder and CEO, says NURVV Run captures a runner’s metrics “directly from the point of action at the foot, before using live coaching to help them improve in a simple, easy-to-understand way.”

Speaking to TechCrunch, Jason Roberts told me that the technology built into the sole is more “accurate than watches for steps, strides or energy dissipated. It will even detect when you are injured.”

He said “you could even broadcast a player’s live steps. Imagine if you could see that data from basketball?”

Co-founder Ulrica Roberts (pictured) added: “We kept coming back to the same question: ‘Why is running measured from the wrist, when most of the important metrics happen at the feet?… We sought out the expertise to make it happen.”

Luke Alvarez, managing Partner of Hiro, said in a statement: “Hiro is delighted to be investing in NURVV as our Fund’s fourth deal and our first Sports tech investment. NURVV’s success comes from putting the athlete’s body at the heart of everything they do. Nurvv is based on fundamental patented sensor technologies combined with deep biomechanics and data science that have revolutionary potential across sports, gaming, VR/AR and wellness.  Jason and Ulrica are extraordinary entrepreneurs and we are excited to be working with them and their team to take NURVV to the next level.”