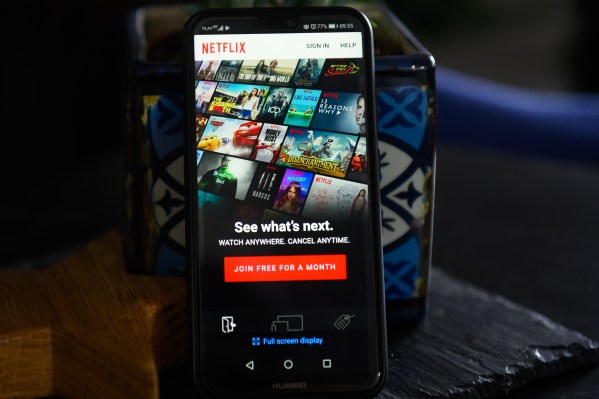 Netflix announced this week that it has started to stream titles in AV1 on Android in what could significantly help the two-year-old media codec gain wider adoption.

The world’s biggest streaming giant said on Wednesday that by switching from Google’s VP9 — which it previously used on Android — to AV1, its compression efficiency has gone up by 20%.

At the moment, only “select titles” are available to stream in AV1 for subscribers “who wish to reduce their cellular data usage by enabling the ‘Save Data’ feature,” the American firm said.

Netflix hasn’t shared much about the benefit AV1 will provide to customers, but the new media codec’s acceptance nonetheless sends a message by itself.

Tech giants, including Google, have spent years developing and improving media codecs as consumption of data skyrocketed and low-cost devices began to sell like hotcakes. But they just can’t seem to settle on one media codec and universally support it.

Think of Safari and YouTube, for instance. You can’t stream YouTube videos in 4K resolution on Safari, because Apple’s browser does not support Google’s VP9. And Google does not support HEVC for 4K videos on YouTube.

AV1 is supposed to be the savior media codec that gets universal support. It’s royalty-free and it works atop of open-source dav1d decoder that has been built by VideoLAN, best known for its widely popular media player VLC and FFmpeg communities. It is sponsored by the Alliance for Open Media.

Who are the members of Alliance for Open Media? Nearly all the big guys: Apple, Google, Amazon, Netflix, Nvidia, ARM, Facebook, Microsoft, Mozilla, Samsung and Tencent, among others.

But that’s not to say there aren’t roadblocks in the adoption of AV1. Compared to HEVC — the format that AV1 is supposed to replace in popularity — encoding in AV1 was noticeably slower a year ago, as per some benchmark tests.

Adoption of AV1 by various browsers, according to analytics firm StatCounter. Safari is yet to support it.

Netflix’s announcement suggests that things have improved. The streaming giant said its goal is to support AV1 on all of its platforms. “In the spirit of making AV1 widely available, we are sponsoring an open-source effort to optimize 10-bit performance further and make these gains available to all,” it said in a blog post.