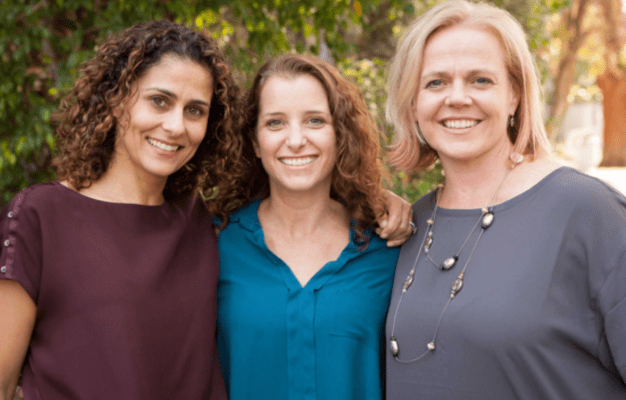 It’s no secret that it’s hard to make the economics work at drive-share companies. That may explain the success to date of HopSkipDrive, a six-year-old, L.A.-based company that pairs drivers with both families but also, crucially, school districts. Specifically, the now 100-plus person company has deals in place with school districts in 13 markets across eight states where it works with more than 7,000 contractors. All, says cofounder and CEO Joanna McFarland, have at least five years of childcare experience before they are allowed to drive for the startup.

Interestingly, McFarland says the school systems’ most burning need is to ensure the safe arrival of both homeless and foster children, whose numbers in the U.S. have reached an astonishing 2.5 million and 440,000, respectively. On the heels of a brand-new funding round, we asked her what’s going on and why.

TC: You’re just announcing $22 million in new venture backing, congratulations. I wonder if your story was harder to tell investors than it might have been a year ago, when they were more bullish on car-share companies.

JM: We’ve never considered ourselves comparable to Uber or Lyft. We’re really caregivers on wheels, providing a very different service. We work with families, but we also contract with school districts and counties, and that has a strong path to profitability. We can predict supply and demand; we’re [enjoying] contracted revenue. It’s very different.

TC: How do you describe the market opportunity?

JM: U.S school districts spend $25 billion a year on transportation, yet only one-third of kids take a bus to school, so it’s expensive and inefficient and meanwhile districts are being asked to do more with less.

Particularly challenging for them are children with specialized needs or homeless children who are moving around a lot but have the same right to get to school. It’s hard to re-route school buses, so we help schools with alternative transportation. Once we’ve contracted with them, we’re available, including to pick up a student who might be in foster care and moved to a new place at 10:30 at night. We can still pick them up the next morning.

TC: There are thousands of homeless children attending San Francisco schools. Are you serving other markets where housing prices are forcing more families on to the streets?

JM: Unfortunately, there’s a large and growing population in a lot of places. Districts might not even know how many students are homeless or in foster care because their situations can change so significantly throughout the year. It might start with 500 students at the beginning of the year and end with 1,000. Because it fluctuates so much, it puts a ton of demand on these transportation directors to figure it out.

We’re partnered with L.A. County, for example, and it has the largest child welfare system in the country, with 88 districts and between 20,000 and 30,000 kids in foster care at any one time. It’s not a great statistic for L.A., but it’s the reality.

TC: And it’s one driver, one child?

JM: Sometimes there will be two or three kids. We can do carpools. If there are group homes, we’ll take them to their different schools.

TC: What do your contracts look like then with these school districts?

JM: We dictate the ride price, then it’s really on as as-needed basis. They pay for what they need. We talk with them about their needs last year and this year and that does help us tremendously with supply and demand.

TC: How much of your business is coming from school partnerships versus from families that hire your company to take their kids to soccer games?

JM: Our business for families is growing organically, there’s such a need for it, but 70 percent of our revenue comes from [school districts].

TC: Your drivers are 1099 workers, so presumably they are working for other ride-share or other gig-economy companies? How busy can you keep them?

JM: They are contractors. Because they must have five years of caregiving experience and because of the vetting we do, 90 percent of them are female,  and they love what they do because they’re driving in communities where their kids grew up and they’re tied to the mission of what we’re doing.

We have some overlap with other gig companies, but with [HopSkipDrive] there’s safety on both sides of the platform, meaning they are driving kids, they aren’t driving late at night, they aren’t driving anyone who is drunk. They also have control over where they drive and when, based on personal preferences. They can choose some rides before school so they can take care of an elderly relative or grandchildren. They can see rides that are available up to a week in advance and select which ones they want depending on their schedule. Many are semi-retired and not looking for full-time income.

TC: How can parents be certain their kids are safe?

JM: We have a dual authentication process so drivers confirm a code word with the child and another piece of information that the child will know. Parents can track the rides in real time. We also have tech that monitors rides and can detect anomalies and provide support as needed. For example, they know via GPS and sensors if a driver is hitting traffic or has stopped owing to a flat tire and can react proactively, whether it is to send another car (in the case of a flat tire) or let the school and parents know that the child will be late. We designed the whole system for when a passenger may not have a phone.

TC: Why start this company?

JM: I started in finance then went into product management, working for tech companies. But as I was working, I was also growing my family, and I couldn’t get my son to karate at 3 o’clock. It was so frustrating. I didn’t need a nanny. I just needed to get him to karate.

All the moms I knew had their own version of this transportation story. [At a school function] I suggested we put out money in a pot and hire a driver, and another mom said, ‘How do we do that?’ She’s one of my cofounders.