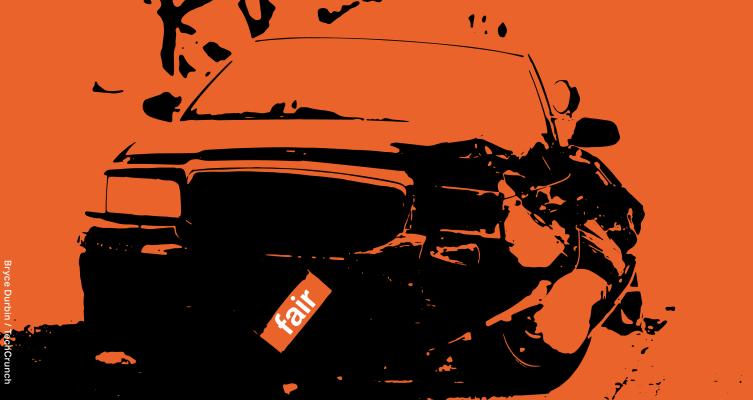 When Fair laid off 40% of its staff in October, CEO Scott Painter promised it wasn’t shuttering leasing services to on-demand fleets. But just a week later, Painter was removed and replaced in the interim with Adam Hieber, a CFA from Fair investor SoftBank. Today, according to two sources, Fair announced at an all-hands meeting that it would end its Fair Go program that helped Uber drivers lease cars. The program will cease in April. Uber now confirms the news to TechCrunch.

Formerly valued at $1.2 billion after raising over $2 billion in equity and debt financing from SoftBank and Lightspeed, Fair laid off 40% of its staff in October. It had bought Uber’s XChange leasing program in early 2018. The deal lets drivers lease an Uber eligible car with subscriptions to roadside assistance and maintenance for as low as $130 per week with a $500 start fee.

But Uber had sold the leasing program because it was unprofitable and adding to its losses at a tough time for the rideshare giant. As additional fees stacked up, Fair didn’t fare much better operating it.

A source tells us Fair Go was profitable. It was an important focus for the company as it retools its subscription services for traditional drivers. Another source says at one point Fair Go was adding about 250 to 300 car leases per day and had thousands of active leases. But Fair Go was facing higher insurance rates from carriers, which make sense since Uber drivers can be on the road far, far longer than traditional car owners.

Rather than trying to pass those fees along to drivers, many who are already cash-strapped, Fair told employees it would cease to lease to Uber drivers. That’s a respectable choice, since it could have pushed Uber drivers into debt if they didn’t fully comprehend what their total costs would be.

Attempts to reach Fair for comment were complicated by many of its in-house PR team being hit with October’s layoffs. An agency representative was asked for comment on the shut down but did not provide comment before press time.

However, an Uber spokesperson confirmed the shut down of Fair Go and their partnership, telling TechCrunch that “Unlocking options for vehicle access so drivers can earn with Uber remains a top priority. We’re thankful for Fair’s collaboration, and their contributions to our vehicle rental program. We’re  continuing to invest in rental partnerships, and building more flexibility beyond hourly, weekly, and monthly options available today.”

Uber tells me it remains committed to offering leasing options to drivers through partnerships with Hertz, Avis, ZipCar and Getaround, and they may be able to work with Uber drivers formerly leasing from Fair.

The news is the latest low point for the SoftBank portfolio in the wake of the WeWork implosion. That’s caused potential repeat LPs for SoftBank’s massive Vision Fund to tighten their purse strings and other late stage investors to focus on sustainable unit economics. Late-stage startups have been left scrambling to cut their burn rates, often through layoffs.

SoftBank’s portfolio, which may have trouble raising on good terms after what many saw as inflated valuations propped up by the megafund, has been hit the hardest. This week TechCrunch broke the news that Flexport was laying off 3% of staff, or 50 employees. Other SoftBank-funded company layoffs include Zume Pizza (80% of staff laid off), Wag (80%), Getaround (25%), Rappi (6%), and Oyo (5%).