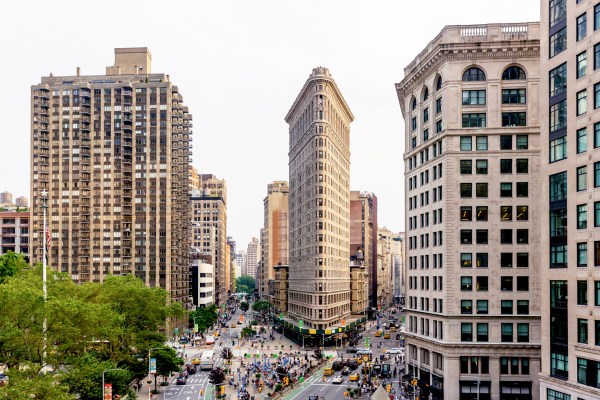 An interview with Julie Samuels, founding executive director of Tech:NYC

Scott Bade is a former speechwriter for Mike Bloomberg and co-author of “More Human: Designing a World Where People Come First.”
More posts by this contributor

As founding executive director of Tech:NYC, Julie Samuels is one of the state’s most prominent advocates for the tech sector, both in Albany and at City Hall.

Samuels, a lawyer by training, came to New York after serving as executive director of Engine, a San Francisco organization on which Tech:NYC is modeled. In an interview with TechCrunch, Samuels spoke about several issues, including her rationale for why, despite the controversy over Amazon’s decision not to build its second headquarters in Queens, the area is well-positioned for the next wave of tech innovation.

TechCrunch: What is the need for organizations like Tech:NYC and Engine?

Julie Samuels: As the tech industry matures, it is incredibly important that there are organizations [that] represent these companies politically, civically, making sure they have a seat at the table with so many public policy debates. There is no shortage of public policy debates surrounding technology.

It is also incredibly important that there are organizations who are talking from the viewpoint of smaller companies and startups. There are a lot of organizations that represent the biggest and most well-known companies, including Tech:NYC. But [we] also have hundreds of members who are small and growing startups. We think that diversity of the ecosystem is what really sets the technology sector apart and it is something we want to foster and celebrate.

Who are your members, then?

‘Black Panther: Wakanda Forever’ becomes the most-watched Marvel premiere on Disney+
Apple’s hardware VP on the HomePod’s return
‘Nothing, Forever,’ an AI ‘Seinfeld’ spoof, is the next ‘Twitch Plays Pokémon’
Nothing’s second phone will take on the US this year
Spotify’s test of a Friends tab on mobile hints at expanded social ambitions