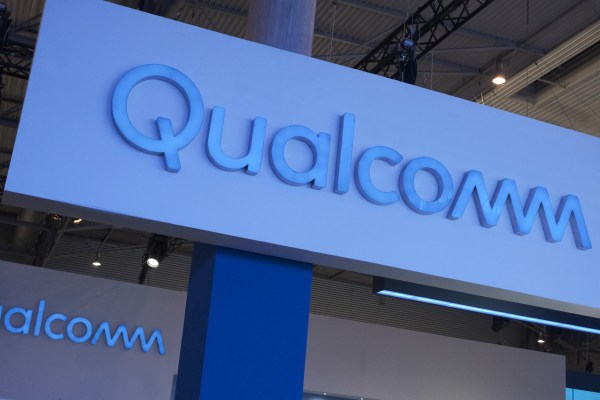 Qualcomm is facing fresh antitrust scrutiny from the European Commission, with the regulator raising questions about radio frequency front-end (RFFE) chips which can be used in 5G devices.

The chipmaker has been expanding into selling RFFE chips for 5G devices, per Reuters, encouraging buyers of its 5G modems to also buy its radio frequency front-end chips, rather than buying from other vendors and integrating their hardware with its 5G modem chips.

A European Commission spokeswomen confirmed the action, telling us: “We can confirm that the Commission has sent out questionnaires, as part of a preliminary investigation into the market for radio frequency front end.”

The chipmaker disclosed the activity in its 10Q investor filing — where it writes that the regulator wrote to request information in early December: “notifying us that it is investigating whether we engaged in anti-competitive behavior in the European Union (EU)/European Economic Area (EEA) by leveraging our market position in 5G baseband processors in the RFFE space”.

Qualcomm says it’s in the process of responding to the request for information.

It’s not yet clear whether the investigation will move to a formal footing in future. “Our preliminary investigation is ongoing. We cannot comment on or predict its timing or outcome,” the EC spokeswoman told us.

“It is difficult to predict the outcome of this matter or what remedies, if any, may be imposed by the EC,” Qualcomm also writes in the investor filing, adding: “We believe that our business practices do not violate the EU competition rules.”

If a violation is found it also warns investors that the EC has the power to impose a fine of up to 10% of its annual revenues, and could also issue injunctive relief that prohibits or restricts certain business practices.

The preliminary probe of Qualcomm’s 5G modem business is by no means the first antitrust action the chip giant has faced in Europe.

Two years ago the Commission also fined the chipmaker a full $1.23BN in another antitrust case related to its dominance in LTE chipsets for smartphones, and specifically related to its relationship with iPhone maker, Apple.

In both cases Qualcomm is appealing the decisions.

It is also battling a major competition case on its home turf: In 2017 the U.S. Federal Trade Commission (FTC) filed charges against Qualcomm — accusing it of using anticompetitive tactics in an attempt to maintain a monopoly in its chip business.

Last year a US court sided with the FTC, agreeing the chip giant had violated antitrust law — and warning that such behavior would likely continue, given Qualcomm’s key role in making modems for next-gen 5G cellular tech. But, again, Qualcomm has appealed — and the legal process is continuing, with a decision on the appeal possible this year.

Its investor filing notes it was granted a motion to expedite the appeal against the FTC in July — with a hearing scheduled for February 13, 2020.

Most recently, in August, the chipmaker won a partial stay against an earlier court decision that had required it to grant patent licenses to rivals and end its practice of requiring its chip customers sign a patent license before purchasing chips.

“We will continue to vigorously defend ourself in the foregoing matters. However, litigation and investigations are inherently uncertain, and we face difficulties in evaluating or estimating likely outcomes or ranges of possible loss in antitrust and trade regulation investigations in particular,” Qualcomm adds.

Disney+ advertisers will soon get Hulu’s ad targeting capabilities
Warner Bros. swiped our Harry Potter wand IP, says Kano
What’s going on in the Dutch startup scene?
Review: The 2023 Mac Mini is a serious contender with the M2 Pro
This startup hopes to take on Canva, raising an $11.6M Series A for its design platform