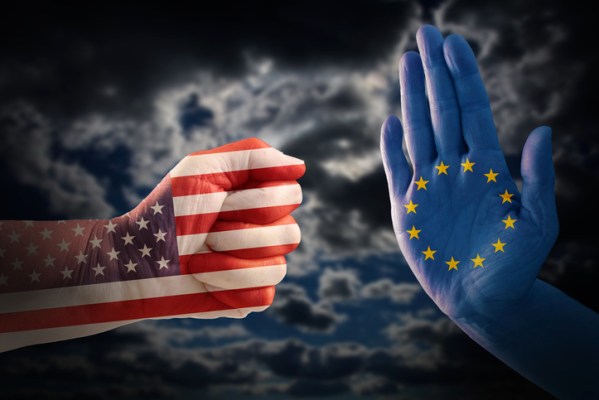 Russ is the cofounder and CEO of DocSend. He was previously a product manager at Facebook, where he arrived via the acquisition of his startup Pursuit.com, and has held roles at Dropbox, Greystripe, and Trulia. Follow him here: @rheddleston and @docsend
More posts by this contributor

Fundraising is the single most important thing you can do for your business, but I know very few founders who enjoy the process.

It’s inherently stressful: you’re running out of capital, which is why you’re trying to get more of it. There’s also no clear roadmap to getting funding and almost every company goes through the process differently. I’ve talked a lot about what makes a successful early-stage pitch deck and what you can expect when you’re trying to close a funding round. But do those same best practices still apply when you’re fundraising outside of the United States?

Before we continue, the research project that we’ve completed is opt-in, and we don’t look at anyone’s data without their express permission. We take privacy very seriously, but we also work with an amazing group of founders who are willing to pass on what they’ve learned to the next generation of founders going through the process. If you want to be included in our next round of research, you can find the survey links at the bottom of this blog post.

So what can you expect while sending your pitch deck out to European VCs?

When DocSend conducted this study previously, we found that the average length of a Series seed or pre-seed was about 11-15 weeks. In fact, according to our research, if you’re in the United States and you’re sending your pitch deck to investors, you can expect about 50 percent of your views to come in just the first nine days. You’ll also hit 75 percent of your visits in just over a month, which is very much in line with the 11-15 week average window.

However, when we look outside of the U.S., the numbers change dramatically.

Sending out your pitch deck in Europe, you can expect to wait over two weeks (15 days) for the first 50 percent of your visits. And you’ll likely wait nearly two months (53 days) for 75 percent of your visits. There are a lot of reasons for the discrepancies. It could be that your potential investors are more spread out. We also don’t see the same level of urgency in EU funding rounds as we often see in the U.S. No matter the reason, you’re going to want to have enough runway to survive the fundraising gauntlet in your region. While I usually recommend having at least six months in the bank, you may want to look at having 9-12 months of runway so you’re not desperate by the end of your fundraising round.

However, your round speed will most likely vary depending on the type of company you are. There has been a trend in recent years of U.S. investors looking to make deals with European startups. We also know American investors are looking for 100x companies to make solid returns for their funds. There are only so many 100x-type companies in the U.S you can invest in, but Europe is an emerging market. But American VCs have a different pace and rounds for hot startups can last weeks, not months. So if you think you have a unicorn in the making (and are comfortable with a more aggressive growth plan and the burn rate that goes with it), you can use U.S. investors to help create a sense of urgency. But even if that’s your plan, I would still recommend having a healthy runway to get you through in case the round doesn’t go as you expect.

We’ve seen an interesting trend in Europe over the last few years. The average amount of time VCs are spending reading a deck has increased and not by a small amount. We’ve seen an increase of more than 20 seconds between 2018 and now, even while the length of the standard fundraising deck has stayed stable. It’s still within the industry average (both in and outside of the U.S.) of 19-20 pages. With page length staying stable, that extra time on a deck means VCs are willing to spend more time assessing an investment.

If you know your slides will be scrutinized, make sure you have content in each of the key sections VCs expect to see in your deck. Be very clear with the goal for each page and don’t include too much information. If your page is describing the problem your company is solving, you don’t need to add in your market size and the traction you’ve already gotten. Remember, the pitch deck is just there to get you the meeting; you don’t need to include every detail about your business. Your goal is to build an understandable narrative that will make a VC want to know more.

You could face more competition for European VCs’ attention

Investments are heating up outside of the U.S.

With fund sizes increasing, especially in the earlier rounds, there’s more money being invested. But with the continual focus on unicorns, that money is being concentrated in fewer companies. In fact, in the U.S., we’ve seen the number of decks with six or more views drop by nearly a full percentage point from 2018 to 2019. But the trend is the opposite in Europe. The number of pitch decks that are being viewed six or more times is actually on the rise.

We’ve also seen the number of pitch decks being viewed only once drop outside of the U.S. by 1.2 percent. This could be due to several factors. The number of VC firms in Europe viewing decks has grown by 56 percent on our platform in the last year. In the U.S., it’s only grown by 35 percent since 2018. Having more active VCs means there are more opportunities to pitch your company. But with a decrease in pitch decks that aren’t getting any action, it could be that the quality of startups is increasing, so VCs are saturated with opportunities. With well over 250 accelerators in Europe, it isn’t hard to imagine that with more and more resources available, startups are further along when looking for that initial investment than they were just a few years ago.

Raising a funding round is completely different in Europe than it is in the U.S.

Investors in Europe aren’t in a rush to view your deck, but when they do, they will likely spend more time reading it through and considering it. Combine that with the fact that the number of highly-viewed decks is increasing, and you have the makings for a long and potentially arduous round pitching to VCs who have multiple good investments on offer.

If your business will support a more aggressive growth plan and investment, it may be worth it to court outside investment. But if you’d like to play it safe, aiming for a U.S. VC may be a waste of time.