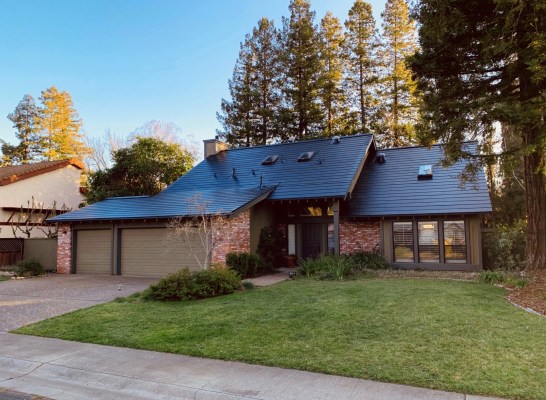 Tesla appears to be ramping up installations of its solar tile roofs in the San Francisco Bay area and will eventually roll out to Europe and China, according to CEO Elon Musk who in a series of tweets provided the first substantial update since the company launched the third iteration of its product in October.

The solar tile roof, which Tesla calls Solarglass, is being produced at the company’s factory in Buffalo, New York. Musk announced in one of the tweets plans to host a “company talk” in April at the Buffalo factory, an event that will include media and customer tours of the facility.

Tesla did not respond to a request for comment seeking more information about Solarglass, including how many installations have been made to date. We will update the article if Tesla responds.

Four months ago, Musk said the company would begin installations in the “coming weeks” and that it hopes to ramp production to as many as 1,000 new roofs per week.

Tesla’s solar roof tiles are designed to look like normal roof tiles when installed on a house, while doubling as solar panels to generate power. The company first unveiled the solar tiles in 2016 and has been tinkering with them ever since. Tesla has conducted trial installations with the first two generations of the solar tiles and opened up pre-orders in 2017.

In an earnings call last October, Musk suggested that the tiles were ready for a widespread deployment, noting that “version three is finally ready for the big time.”

The solar tile roof will initially be offered in textured black, but Musk reiterated Monday plans to offer other color and finish variants “hopefully later this year.”

Yes, but we want to focus on textured black first, then move into Earth tones & convolutions

Angry Miao’s AM 65 Less is both more and less keyboard than you’ll ever need
Google created an AI that can generate music from text descriptions, but won’t release it
Plum launches its money management app in five more countries
Netflix’s ‘All Quiet on the Western Front’ is among the most nominated Oscar films
Valiant Hearts mobile game sequel is set to launch on Netflix Games on Jan 31