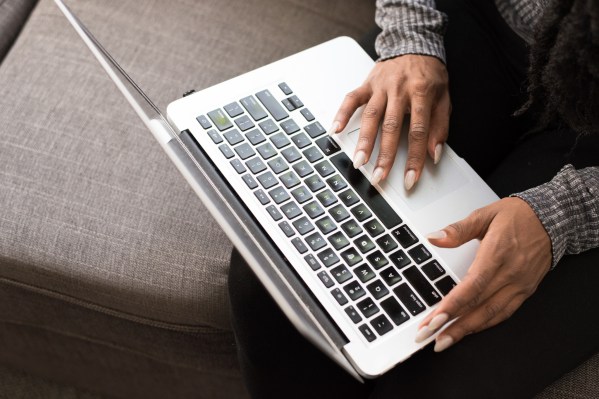 Founder Dr Leslie Meserve says the goal is to widen access to treatment and support services for mid-life women, spying a business opportunity in offering an auxiliary digital service targeting an area of women’s health which she says is often overlooked within standard health service provision and suffers from a lack of trained physicians.

She also suggests there is a “unique fear” in the U.S. around the use of hormone therapy for treating the menopause that’s left an access gap in support services — blaming concerns sparked by misleading publicity attached to the 2003 Women’s Health Initiative study which implied a link with breast cancer.

“The authors of the study released a press release prematurely that then became an overnight sensationalized story about hormone therapy causing breast cancer,” she explains. “What they didn’t say was that in the estrogen-only arm of the trial there was actually a lower incidence of breast cancer. So that was never stated anywhere. The other thing they failed to state was that the slight increased risk was not statistically significant… They did women a huge disservice by releasing this press release prematurely.”

More than fifteen years on, Meserve believes the time is right for telehealth services to help plug the information and support gap that still orbits the menopause, in part as a consequence of “deeply rooted” but misplaced fear of hormone therapy.

Investment in products targeted women’s health and wellness has also been jumping up in recent years as VCs cotton on to an underinvested opportunity which more founders are also focusing on — led by female entrepreneurs driving attention toward women’s issues.

There are now a number of femtech startups specifically focused on the menopause. Asked about competitors Meserve points to several other U.S. startups — including Gennev and Elektra Health.

“There is a lot more interest in telehealth and I believe the time is absolutely right for more information to be given to the world… to make sure that women know that going through menopause is not the end of anything — it’s the beginning of a wonderful second half of life,” she suggests, arguing that the regular healthcare services women are accessing often don’t have the time to dedicate to discussing menopausal symptoms and potential treatments with their patients.

“Telehealth is not going to be appropriate for every single medical issue that’s for sure of but the diagnosis and treatment of menopausal symptoms is really based on a discussion,” she says. “We do let patients know that we are an adjunct to the regular care that they need to be receiving from their gynecologist and primary care physicians. But menopausal treatment requires a lot of discussion, a lot of talk therapy — it’s a very cognitive diagnosis and treatment. And many OB-GYNs and primary care doctors really don’t have the time needed to explain the pros and cons of hormone therapy to their patients.

“They do the physical. They address immediate, urgent needs but they may not have the time to address something that doesn’t feel as urgent. Menopausal symptoms — from insomnia to hot flushes — they don’t feel as urgent to practitioners so I don’t think that they’re always given the time needed. And we know that physicians and other practitioners are very rushed. The way our insurance models go they have to see patients every nine to 15 minutes and sometimes a 15 minute office visit just isn’t enough to perform both a pap smear, a physical and answer all of these questions. So we’re an adjunct. We’re not in place of their regular physical exams — we’re an addition to those.”

Meserve practiced in primary care for close to two decades before moving into specializing in menopause services herself — a shift that led to the idea of setting up a company to address mid-life women’s health issues via a web-based telehealth platform.

“I’ve kind of grown up with my patients and a few years ago I was noticing that my patients were having lots of menopausal symptoms so I self-trained in the treatment of menopause and then became a certified menopause practitioner,” she tells TechCrunch, explaining her own transition from practicing in primary care to focusing on menopause care.

“I realized obviously I was only going to be able to see a very small number of patients and patients in my community. And I know that women across the country are suffering with these symptoms and they’re not able to find physicians that are comfortable talking about menopause and treating menopause. And so, through friends of friends, I was connected to another physician in our community, along with his friend who has expertise in startups and we had the idea [for the company].”

“We know that there’s a lack of trained physicians in this area, we know that women want this relief — they want symptom relief, they want to live wonderful lives,” she adds, saying the key idea is to use telehealth consultations and algorithmic triage to reach “as many women as are wanting the treatment”.

CurieMD patients fill in an online quiz about themselves and their symptoms to get treatment suggestions — which can include a prescription for an oral contraceptive or, in cases where there may be a risk associated with taking estrogen, an antidepressant for perimenopausal symptom relief; and a plant-based hormone therapy for menopausal women — with the startup using an algorithm to help the telehealth practitioners offer the right treatment suggestions.

“Based on the way that patients answer questions in our questionnaire they’re driven down a certain path to help our practitioners choose the right therapy,” she explains, noting that they’re not using AI to drive recommendations. Rather patients’ responses are used to determine which additional questions they get asked to get pull out other relevant information — in a classic decision tree algorithm.

“The first thing we have to determine is whether they’re in perimenopause or menopause,” she says, discussing the decision flow. “So in perimenopause their cycles are fluctuating, their ovaries are coming in and out of retirement. That happens in their 40s. And women start to have perimenopausal and menopausal symptoms at that time — many of them do. So they”ll be having hot flushes, night sweats, irritability, mood symptoms. But the treatment for perimenopause is different from menopause. Perimenopausal patients can be treated very effectively with low dose oral contraceptive pills — so one of the algorithm’s branches is, first of all, are you in menopause or perimenopause?

“And then for menopausal patients they have the option of choosing bioidentical hormone therapy. And if they have had a hysterectomy they only need estrogen — and so they would go down the pathway asking about their estrogen needs. And then if they still have a uterus they will need both estrogen and progesterone. So then they have the choice of what type of estrogen they want to choose — whether they want oral estrogen or estrogen delivered through the skin, which is a patch.”

In cases where a woman is having vasomotor symptoms such as insomnia and hot flushes but has had breast cancer or where there’s another contra-indication to estrogen (such as having previously had a blood clot) CurieMD’s platform may prescribe an antidepressant to treat her symptoms.

“They are candidates for an antidepressant called Venlafaxine [that’s] very effective for treating vasomotor symptoms in all patients — but we use it mostly for women who are unable to take estrogen,” says Meserve.

“We’re working with a large, national company that hires physicians who have chosen to provide telehealth,” she says. “They’re board certified and we provide additional training in women’s health for them — especially in the medications… that we offer.”

Per Meserve CurieMD applies “narrower” prescribing guidelines than an in-person physician might use — exactly “because it is a telehealth company”.

She gives the example of a patient who has had a blood clot in the past — where an in-person physician might be able to discuss with a patient’s haematologist and come up with a plan for them to be on a very low dose estrogen patch. In this case CurieMD’s remote service would not be able to offer such a joined-up approach to prescribing a treatment.

“In telehealth we don’t know all the physicians in each patient’s community so we’re not going to be able to do co-ordinated care as well with specialist, outside of the box patients,” she says. “So if they have any risk factors, such as a history of clotting, or of course if they have a history of breast cancer we’re not going to be able to treat those patients with hormone therapy. So if they really want hormone therapy that’s going to be an in-person visit with a physician.”

Another exception would be patients who have migraines and who may want to be on an oral birth control pill. “It depends on the type of migraines they have,” she says. “So that’s beyond the scope of what we’re going to prescribe.”

As part of the questionnaire process patients are also asked to rate the severity of their symptoms. Meserve says she’s confident this will enable it to not only demonstrate to individual patients the efficacy of the prescribed treatment but also enable it to present findings to the wider medical community — with the aim of demonstrating “the safety and efficacy of telehealth” for this particular use-case.

“One of the things that I’d like to make sure that we’re doing is really convincing the medical community at large about the safety of telehealth in certain medical conditions,” she says. “It’s not appropriate for every medical condition… There are certain things that need to have an in person visit. But the medical community is starting to understand and adapt and trust telehealth — but I think the more data that we have the more we’re going to be able to convince them that this is a nice adjunct to in person visits.”

“Patients are more accepting of [telehealth] than physicians are. Physicians are very conservative and very slow to change and so I feel that one of our missions is to present the data to physicians and help them understand that this is not a substitute for good in-person care, it’s just an addition,” she adds.

The business model for the service is direct to patient — which means CurieMD is not plugging into the US insurance healthcare market. Rather there’s a sign up fee (currently waived), a per consultation fee and recurring subscription (taken via credit card) for any ongoing prescriptions which are shipped to patients by a mail-order pharmacy contracted for that piece of the service. (In an FAQ on its website startup claims its consultation fees “are lower than that of most copays and our medication pricing is competitive with that of most pharmacies”.)

The team has raised around $1M in angel and VC investment to fund development of the business so far.

Meserve says the plan is to scale nationwide, taking a state by state approach to building out coverage in order to get the necessary contracts and physician licences in place.

“I would like to be in another 20 states by the end of this year,” she adds.

In terms of differentiation vs the growing number of femtech startups that have also supported an opportunity to offer menopause-related treatment support she says: “We believe we’re the only one that contracts with a pharmacy and has the prescription delivered through a mail order service.”

She also flags that the hormone therapy CurieMD’s service prescribes — and delivers “right to the door in discreet packaging” — is a bioidentical plant-based “FDA-approved” treatment, suggesting that’s another point of differentiation for its approach.