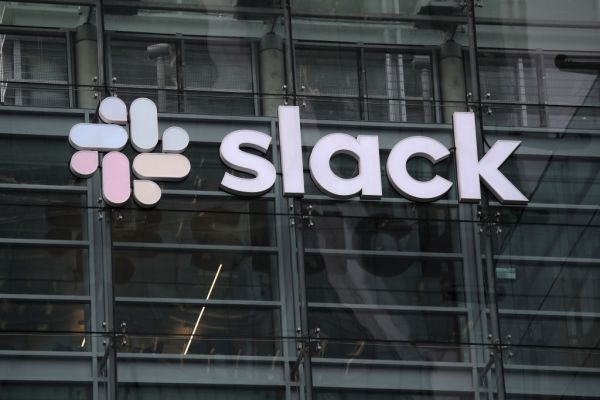 All the ruckus concerning Slack and its publicly traded stock appeared to kick off with a Business Insider story, which had the following headline:

Slack just scored its biggest customer deal ever, as IBM moves all 350,000 of its employees to the chat app

Given the context of the simmering Slack versus Teams battle, having Slack win what appeared to be a huge, new contract was big news. Slack’s shares shot higher, and the news engendered all sorts of headlines that now look a bit silly.

Slack may survive after all, after IBM choose [sic] them as exclusive supplier for 350,000 employees

Slack shares traded up sharply all day. They were worth 15.4% more than yesterday, and then, all of a sudden this fine afternoon, trading of Slack’s equity was halted, pending news.

This led to general chaos, with everyone trying to figure out what had happened. Had Google bought Slack? Had Slack bought a small poodle? Was IBM not a Slack customer? It wasn’t clear.

Halting a stock, to be clear, is a big deal, and instantly brings attention to the company in question. Public firms don’t hold for news much, as it’s no good and no fun. It’s also why earnings come after hours.

Later, Slack released an SEC filing, which included the fact that IBM was already one of its customers. This meant that IBM was not a new customer, and that the headline 350,000 employee figure would not manifest itself in that many novel seats of Slack sold.

The company itself put a final bit of ironmongery in the human plasticware, saying the following in the filing to tamp down the market’s enthusiasm:

Womp womp, I believe is the phrase.

Also this happened, but the day’s events appear to be mostly a lot of whatnot that wound up being not what we thought.