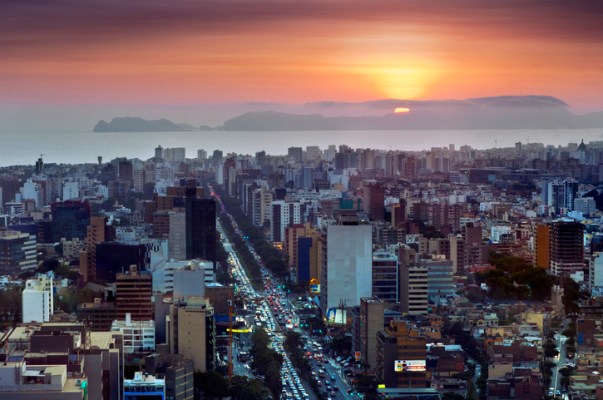 Funding of Latin American startups has doubled each year over the past two years.

And while most of this capital has been directed toward Brazil and Mexico, this surge is starting to have an effect on startups in the region’s smaller markets. The increased availability of capital for later rounds is creating more opportunities for startups to scale both regionally and globally. And while it may not be one of the largest countries in Latin America, Peru continues to have one of the best-performing economies and fastest-growing startup scenes.

In 2019, a new record was set for the amount of capital invested into Peruvian startups, at least $11 million, a 24% increase compared to 2018. Most of the money went to fintech (47%) and edtech (37%) startups. Over the past four years, more than $22.7 million in public funds went toward startup-related projects as well.

The government-backed program Innóvate Perú awarded approximately $13.8 million of its total investments almost exclusively to startups. Total venture capital investment will likely exceed US$25 million in 2020, doubling what was achieved in 2019, and will continue to grow from there.

In 2019, Peru’s development bank, COFIDE, announced a new fund of funds to invest in venture capital firms, mirroring similar entities such as Chile’s CORFO, Colombia’s Bancoldex and Mexico’s NAFIN. While there are plenty of opportunities to secure seed-stage capital in Peru, many startups still have to look abroad for growth capital. Keynua, Xertica, Turismoi and Runa are just a few of the Peruvian startups that sought international investors to lead their rounds over $1 million. Following in the path of similar funds, the fund of funds will invest $20 million in half a dozen venture capital firms, which would in turn invest in approximately 120 startups.

As government support for entrepreneurs continues to pour in, the Peruvian startup ecosystem is entering a new phase. More and more startups are launching, graduating from accelerator programs and seeking ways to reach their next milestone. Local early-stage investors are stepping in to fill the financing gap and have teamed up to form the Peruvian Seed and Venture Capital Association, PECAP, to share investment opportunities and lay a strong foundation for venture capital in Peru. Here’s a look at just a few of the opportunities for more venture capital to step in.

A massive fintech boom is playing out across Latin America, with the size of the industry expected to exceed $150 billion by 2021. Peru is home to an estimated 120 fintech startups actively tackling the issues of financial inclusion and better servicing the region’s small and medium-sized businesses. Peru’s economy is still largely informal, with approximately 14 million people underbanked. In 2017, María Laura Cuya started Peru’s Fintech Association to work alongside regulators, academics and other organizations to improve financial literacy and access to financial products, with a focus on Peruvian SMEs.

A few of Peru’s fintech sectors stand out, including factoring and foreign exchange, where a number of startups are quickly gaining traction and already branching out to neighboring markets. Innova Funding, Innova Factoring, Facturedo, Kambista and Rextie are just a few examples. Peru’s membership in the Pacific Alliance also makes it an attractive initial market prior to launching in other Pacific Alliance countries.

In 2019, Peruvian fintechs Keynua and Apurata were selected for the Y Combinator accelerator program, putting them on the international radar. Traditional banks in Peru are also shifting their mindsets and warming up to fintech partnerships. The publicly traded Peruvian bank, Credicorp, for example, recently set up a corporate venture fund called Krealo. The bank made its first investments in Culqi, a local payments gateway, and Independencia, a lending platform.

Latin America is a top destination for impact investment capital, outpacing many other regions in the world, with a 15% compound annual growth rate over the last five years, according to the Global Impact Investing Network. Edtech represents a rising entry point across the region for impact investors thanks to its potential for both financial and non-financial returns.

According to an OECD report, approximately 30 million young people in Latin America are not participating in any form of education, training or employment, and 76% of this total are women. Laboratoria, co-founded by edtech thought leader Mariana Costa Checa, helps women develop technical skills and has expanded across the region from its headquarters in Lima to train more than 1,000 women so far. The startup has received praise from global companies, including Walmart and Facebook. In 2019, the skills development platform Crehana raised the largest-ever round for a Peruvian startup ($4.5 million) from both regional and global funds.

Peru attracted more impact investment capital than Mexico, a longtime leader in the region, for the first time in 2018. Much of this investment is focused on improving Peru’s education system. Local startups are addressing everything from early childhood education to workforce training, and as more success stories emerge, more resources will be needed to fully tap into Latin America’s large markets for these solutions.

The government-backed program Innóvate Perú has financed more than 3,400 entrepreneurial projects to date, and more than 25 private institutions are now accelerating, incubating and investing in Peruvian startups. New startup creation is at its highest rate ever; however, these companies are outgrowing their angel and seed-stage supporters and are now seeking ways to take their ventures to the next level.

Over the past few years, Latin America has proven that it is a place where startups can scale and succeed. Now, with more startups coming out of the region’s smaller, underserved markets, like Peru, there is an opportunity to deploy capital effectively and bring impactful solutions to millions of people across the region.

*Angel Ventures was an investor in Culqi before it was sold to BCP. Neither Angel Ventures nor Greg Mitchell currently hold any shares.

Amazon ramped up content spending to $16.6B in 2022, including $7B on originals
Apple TV users can now watch Major League Soccer matches with MLS Season Pass
Fairphone nabs $53M in growth capital for ‘sustainable’ consumer electronics
Samsung has the MacBook Pro in its sights with the $2,400 Galaxy Book 3 Ultra
TikTok introduces a strike system for violations, tests a feature to ‘refresh’ the For You feed