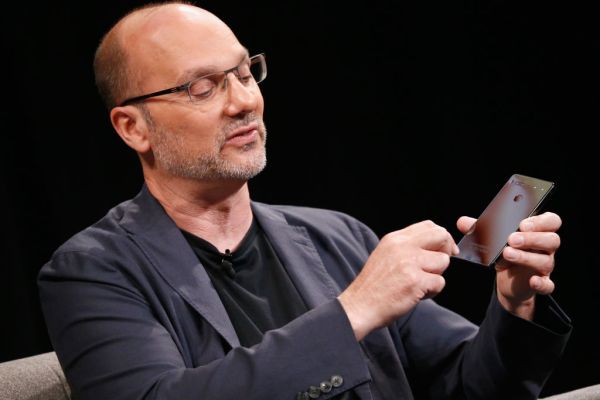 Essential was supposed to disrupt the smartphone industry. And when it was done with that, it was coming for the smart home. The company came out of stealth with a $330 million funding round and grandiose plans for a new brand of handset, led by none other than Android head, Andy Rubin.

But bad timing, broader industry issues and a founder embroiled in some pretty troubling allegations of sexual misconduct contributed to a company that has struggled to make it far beyond the launch of its first handset. In a blog post today, Essential announced that it would be ceasing operations and shutting down.

The post is a strange mix of existential dread and hopefulness, unveiling a final device it was never able to launch in the process. “Our vision was to invent a mobile computing paradigm that more seamlessly integrated with people’s lifestyle needs,” the ‘Essential team’ writes. “Despite our best efforts, we’ve now taken Gem as far as we can and regrettably have no clear path to deliver it to customers. Given this, we have made the difficult decision to cease operations and shutdown Essential.”

That’s all a nod to Project Gem, a new mobile form factor Essential first showcased through renders on social media back in October. The post features the first product videos for Gem, set to a kind of moody acid jazz soundtrack showcasing the skinny candy bar form factor that plays out as a sort of alternative history insight into what might have been, had things gone better for a company once valued at $1 billion.

The news follows years of speculation about the health of the company. In May 2018, reports surfaced that Essential was up for sale following disappointing sales of its first handset. Spokespeople for Essential have long insisted, however, that the company was carrying on in spite of reports. The Project Gem reveal, it seems, was a Hail Mary that turned into a parting shot. What “taken Gem as far as we can” means with regard to a product that didn’t make it beyond the promotional video stage remains to be seen.

Sadly, this also seems to be an end for Newton Mail, the power user-focused email client Essential took over when it acquired CloudMagic in 2018. Essential says that “current Newton Mail users will have access to the service through April 30, 2020.”

TechCrunch reached out to Essential for further comment, but we were ultimately directed to the initial blog post. The same month Gem was revealed, news surfaced that Rubin had been bought out of his Playground incubator, which shared closed ties — and an office — with Essential.

The executive had become a liability following explosive allegations of sexual misconduct during his time at Google.

Samsung’s new Galaxy S23 Ultra arrives with a 200-megapixel camera
Dotfile is a one-stop identity verification API for compliance purposes
Is your startup heading to MWC? TechCrunch wants to hear from you
Plugable’s new dock turns your tablet or phone into a workstation
Roblox to host a free virtual Super Bowl concert featuring Saweetie