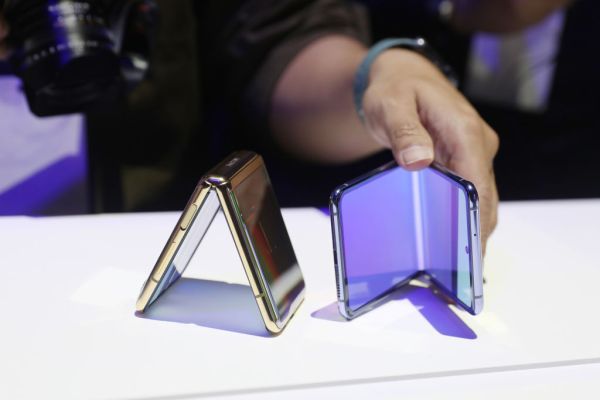 For two years running, Samsung played the same trick and front-loaded its annual event by announcing a new foldable.

Last year’s announcement of the Fold was a huge one — the first viable (relatively speaking, of course) foldable handset from a major manufacturer. Of course, some stuff has happened in the intervening months, taking a bit of the shine off the device and the category at large.

This week at Unpacked 2020, Samsung came out of the gate swinging once again, announcing the Galaxy Z Flip at the top of the event. As with last year, the move had the effect of taking some of the wind out of its flagship announcement, a sign of a company convinced that standing out from the pack and reversing flagging smartphone sales trends will require some bold decision-making.

That’s not to say the company’s not pushing the envelope on its flagships. Between 100x zoom on the Ultra and 8K video on all of the devices, Samsung is still duking it out on imaging. But it appears not to have any illusions about what really gets users excited in an era of smartphone ubiquity.

EU’s top diplomat fires warning shot at Elon Musk over Twitter disinformation
Amazon ramped up content spending to $16.6B in 2022, including $7B on originals
Roblox to host a free virtual Super Bowl concert featuring Saweetie
Apple execs on M2 chips, winning gamers and when to buy a Mac
‘Black Panther: Wakanda Forever’ becomes the most-watched Marvel premiere on Disney+