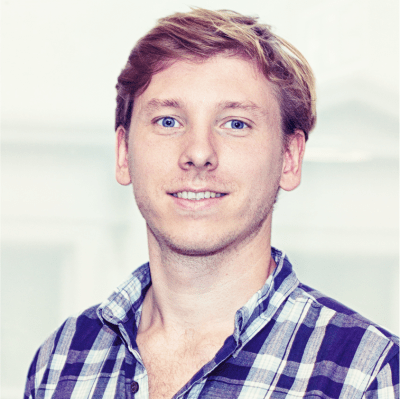 Following the departure of it CTO last month, Tandem Bank, the U.K. challenger bank co-founded by fintech veteran Ricky Knox, has lost another key member of its team, this time seeing chief product officer Matt Ford departing for a career in venture.

Ford joined Santander InnoVentures, the venture capital arm of the Spanish incumbent bank, in December, TechCrunch has learned. Specifically, he has been recruited for his entrepreneurial and operator experience, as Santander InnoVentures looks to bolster its perceived founder-friendliness.

Confirming the move, Ford tells TechCrunch: “Yes, I left Tandem before Christmas. I’ve moved across into venture capital and have taken up a really exciting opportunity at Santander InnoVentures, the VC fund of the bank. We’re building out a really great founder-friendly fund and it’s a brilliant chance to apply all my entrepreneurial learnings to investing and to help support great fintech founders and teams”.

Prior to Santander, Ford held the role of CPO at Tandem, charged with helping strengthen the challenger bank’s various existing and future product lines. He was viewed (and presented to the press) as an important lieutenant to Tandem founder Knox.

Noteworthy, Ford joined Tandem by means of an acquisition after the bank acquired Pariti, the money management app, in early 2018. According to LinkedIn, Pariti’s other co-founder, Peter Townsend, remains an employee of Tandem, where he holds the position of Head of Engineering.

Separately, TechCrunch understands that Santander has hired Trish Burgess as its new global head of Peer to Peer Payments. Trish joins from Apple — where I gather she was involved with Apple Card — and will lead the bank’s future P2P payments efforts. Her appointment is expected to be announced soon.