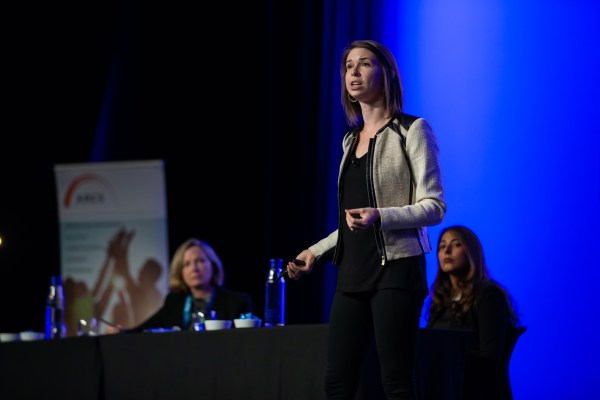 Too often, people are asked to give away their insights and time for free. Jen Horonjeff, founder and CEO of healthcare startup Savvy, knows this first hand and is trying to change that by applying a cooperative model to her business.

As an infant, Horonjeff was diagnosed with juvenile idiopathic arthritis. Since then, she has been diagnosed with a number of autoimmune conditions. Seven years ago this month, she had a brain tumor removed.

“I’ve just always been somebody who’s been a patient,” Horonjeff tells TechCrunch.

Horonjeff’s experience in the health system led her to become a human factors engineer focused on human-centered design, she says. In that area, work centers on trying to fit the world to people with different abilities, rather than the other way around. From there, Horonjeff, who has her doctorate in environmental medicine, has been most interested in patient-centered outcomes.

“So what matters to patients and what affects their health and health behaviors outside of just the traditional things [are what] we’ve been looking at,” she says. “It was being on that side of the professional equation that I heard my colleagues and partners talking about wanting to help patients, but they were never talking with them. And what they were talking about were not the same priorities as the patient communities that I was part of. And because I’m very open about my condition, they kept coming to me to ask me to be that sole patient representative. When they kept coming back to me, that was really a signal of a diversity issue, since I am white with a Ph.D. in New York City.”

Horonjeff’s discomfort with the lack of diversity led her to become a matchmaker between healthcare innovators and patient communities. This is where the idea for Savvy was born.