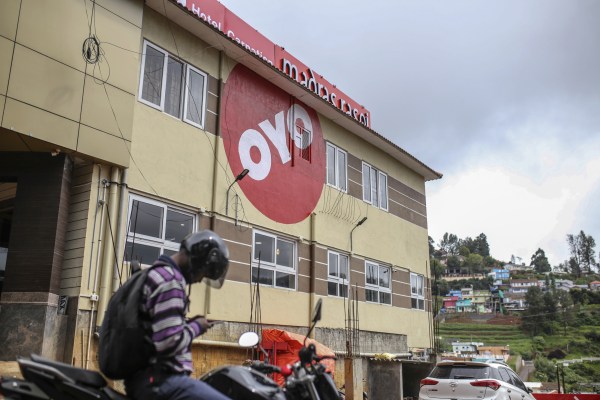 Budget-lodging startup Oyo reported a loss of $335 million on $951 million revenue globally for the financial year ending March 31, 2019, and pledged to cut down on its spending as the India-headquartered firm grows cautious about its aggressive expansion.

The six-year-old startup’s growing revenue, up from $211 million in financial year ending March 31, 2018 (FY18), is in line with the company’s ambitions to be in a clear path to profitability this year, said Abhishek Gupta, Global CFO of OYO Hotels & Homes, in a statement.

The startup, which today operates more than 43,000 hotels with over a million rooms in 800 cities in 80 nations, said its expansion to China and other international markets contributed to the loss. Oyo entered China in 2018, and it has already become its second largest market.

“These markets constituted 36.5% of the global revenues. While consistently improving operating economics in mature markets like India where it’s already seeing an improvement in gross margins, the company is determined to bring in the same fiscal discipline in emerging markets in the coming financial year,” the startup said in a statement.

Oyo has come under scrutiny in recent months for its aggressive expansion in a manner that some analysts have said is not sustainable. The startup, which rebrands and renovates independent budget hotels, has also engaged in sketchy ways to sign up new hotels, as documented by the New York Times earlier this year.

In 2019, Oyo, which counts Airbnb among its investors, expanded in Europe and the U.S. among other markets. It bought Leisure Group from Axel Springer for $415 million to targer Europe’s vacation rental market — and announced plans to invest another $335 million for this effort. In the same month, it announced it had acquired the Hooters Casino Hotel Las Vegas for about $135 million in its first U.S. property purchase.

It also entered Japan in a partnership with SoftBank. Bloomberg reported on Sunday that Oyo currently has about 7,500 rooms in the country, less than 1% of its 1 million ambitious target.

In recent months, Oyo executives have acknowledged that the startup grew too fast and is confronting a number of “teething issues.” Oyo has laid off at least 3,000 employees, mostly in India, in last three months.

“The company’s increased focus on corporate governance and building a high-performing and employee-first work culture will also drive this next phase of sustainable growth for us,” said Gupta.

Local Indian laws require every local startup — and international businesses — to disclose their annual financials. Most of them filed their financials in early October.