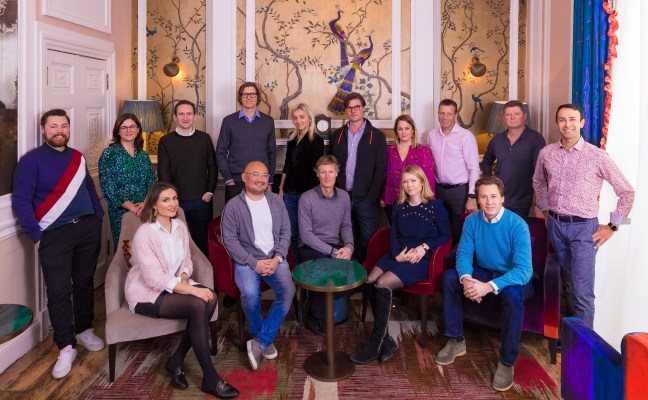 Atomico, the European venture capital firm founded by Skype’s Niklas Zennström, has announced that it has closed its fifth fund — “Atomico V” — giving it another $820 million to invest in European startups.

The London-headquartered VC firm’s previous fund closed at $765 million, so this is an increase over three years ago. However, the remit remains largely the same, as Atomico says it plans to double down on its strategy of backing “mission-driven” European founders at Series A, but with the ability to also invest at Series B and C into what it calls “breakout” companies.

The new fund brings to a hefty $2.7 billion the total assets that Atomico has under management. Investors are said to include various institutional investors, such as pension funds, fund-of-funds, sovereign wealth funds, insurance companies, endowments, banks, family offices and government-backed entities from across the world.

A number of individual LPs have backed Atomico V, too, including what are described as founders and early team members from some of Europe’s most successful startups over the last 10 years, including Adyen, Klarna, TransferWise, Spotify, Supercell, Skype and Zoopla.

Atomico’s Zennström has long argued that entrepreneurs, not politicians, are the new “changemakers” because of the way technology is reshaping society and the economy. Inherent in this world view is that technology and entrepreneurship can and should be a force for good and that venture capital (and Atomico, specifically) has a “critical part to play in a world with so many urgent challenges” — from sustainability, fixing education, to better healthcare. However, unlike a pure Silicon Valley perspective, Zennström doesn’t believe that “for good” is inevitable and will require formal checks and balances to be put in place (see the firm’s “Conscious Scaling” programme).

To that end, Atomico says that fund V will allow it to continue to partner with “ambitious European founders, who deliver positive, transformational change across every aspect of society and the economy,” with the aim of building category-winning and sector-defining companies. “We’re guided by a simple belief: profit and purpose are mutually reinforcing, not mutually exclusive,” says Zennström in a statement.

The formal closing of Atomico’s fifth fund marks a new era for the VC, which has seen a freshening up of its 60-person investor and operational team over the last three years.

There have been departures, too. Most recently, long-time partner Mattias Ljungman left to raise his own seed fund. Before that, Carolina Brochado jumped ship to join SoftBank’s Vision Fund in London, and Teddie Wardi left for America to join Insight.

HBO’s ‘Succession’ Season 4 premieres on March 26
Angry Miao’s AM 65 Less is both more and less keyboard than you’ll ever need
What’s going on in the Dutch startup scene?
Netflix teams up with Bumble so users can bond over popular TV shows
Google created an AI that can generate music from text descriptions, but won’t release it