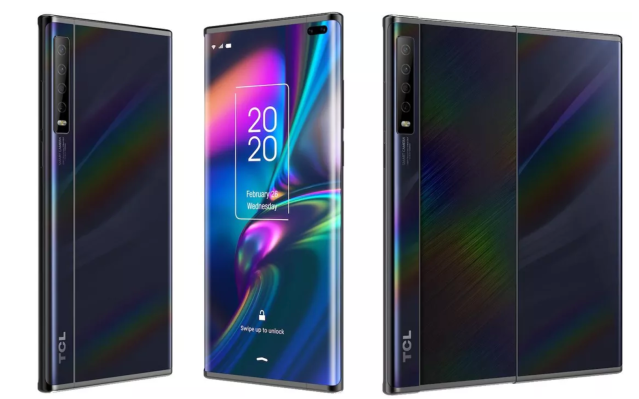 This morning brought a look at some of what we’re missing at this year’s Mobile World Congress. The show may have been called off on account of coronavirus concerns, but the news goes on.

We knew that TCL was planning to show off a number of “alternative” smartphone form factors, and one just showed up on CNET. The device presents a promising take on the world of expandable screens, with a kind of slide-out display that expands the standard smartphone into something more akin to a tablet.

TCL, of course, showed off its own foldable at MWC last year, but the device was encased in a block of glass. By all accounts, the company’s decision to not rush to market was a good one, as foldables have not gotten off to the most auspicious of starts.

The sources behind the images say that the device would have debuted at MWC, though it’s hard to judge how far along the technology is, given the fact that these are, indeed, renders. If I had to venture a guess, I’d say that best-case scenario, it would have been another under-glass, hands-off debut. These days, it seems that manufacturers are increasingly following the automotive model of showing off early concepts that may or may not ever actually come to market. The word “prototype” certainly seems apt in this case.

In either case, a TCL rep declined to offer TechCrunch a comment on the images or whether we’ll get a better look in spite of the show’s cancellation.

Netflix to include more EVs in its TV shows and movies as part of new partnership with GM
Breef raises $16M to match brands with marketing agencies
Neko, Daniel Ek’s next play, is another spin on preventative healthcare
Dotfile is a one-stop identity verification API for compliance purposes
Apple execs on M2 chips, winning gamers and when to buy a Mac