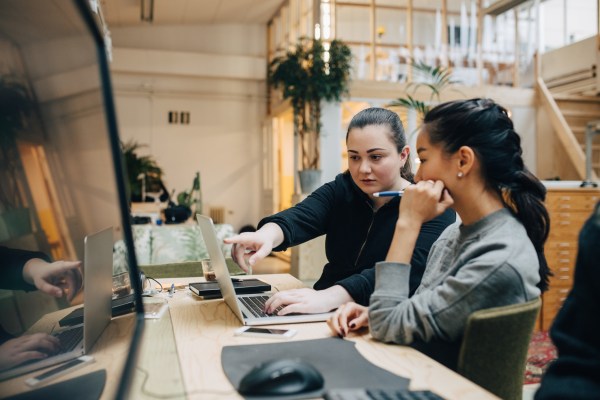 PullRequest, a startup that provides code review as a service, announced today that it was buying Moonlight, an early stage startup that has built an online platform for hiring remote developers. The companies did not share the terms.

Lyal Avery, founder and CEO at PullRequest, says that he bought this company to expand his range of services. “Our platform is at a place where we’re very confident about our ability to identify issues. We’re moving to the next phase of fixing issues automatically. In order to do that we have to have access to people producing code. So with the developers on our platform that are currently reviewers, as well as the Moonlight folks, we can start to fix the issues we identify, and also attach that to our learning processes,” Avery explained.

This fits with the company’s vision of eventually automating common fixes. It’s currently working on building machine learning models to facilitate that automation. Moonlight gives PullRequest access to the platform’s data, which can help train and perfect the Beta models that the company is working on.

Avery says his vision isn’t to replace human developers, so much as to make them faster and more efficient than they are today. He says that from the time a bug is found in website code to the time it gets fixed is on average about six hours. He wants to reduce that to 20 minutes, and he believes that buying Moonlight will give him more data to get to that goal faster, while also expanding the range of services from code review to issue remediation.

It’s fairly unusual for a startup that has raised just over $12 million (according to Crunchbase data) to be out shopping for another, but Avery sees buying small companies like Moonlight as an excellent way to fill in gaps in the platform, while offering an easier path to expansion.

Moonlight is a small shop with just two employees, both who will be joining PullRequest, but it has 3000 developers on the platform, which PullRequest can now access. For now, Avery says that the companies will remain separate, and Moonlight will continue to operate its own website under the PullRequest umbrella.

Moonlight is based in Brooklyn, and had raised an unidentified pre-seed round before being acquired today. PullRequest, which is based in Austin, was a member of the Y Combinator Summer 2017 cohort. It raised a $2.3 million seed round in December, 2017 and another $8 million in April, 2018.

Political ads face tougher targeting restrictions in EU if MEPs get their way
Apple execs on M2 chips, winning gamers and when to buy a Mac
EU lawmakers launch tips hotline to catch Big Tech’s ‘shady’ lobbying
‘Nothing, Forever,’ an AI ‘Seinfeld’ spoof, is the next ‘Twitch Plays Pokémon’
Amazon ramped up content spending to $16.6B in 2022, including $7B on originals