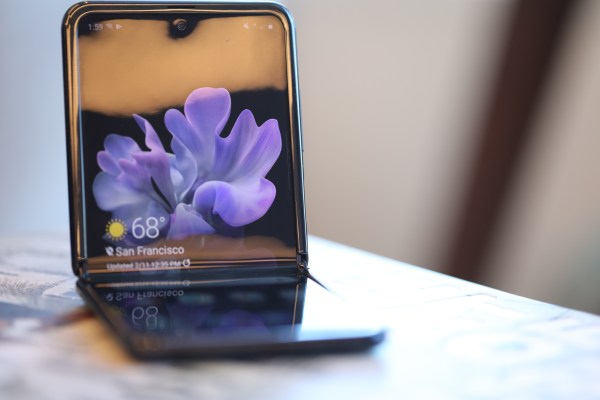 As Samsung (re)unveiled its clamshell folding phone last week, I kept seeing the same question pop up amongst my social circles: why?

I was wondering the same thing myself, to be honest. I’m not sure even Samsung knows; they’d win me over by the end, but only somewhat. The halfway-folded, laptop-style “Flex Mode” allows you to place the phone on a table for hands-free video calling. That’s pretty neat, I guess. But… is that it?

The best answer to “why?” I’ve come up with so far isn’t a very satisfying one: Because they can (maybe). And because they sort of need to do something.

Let’s time-travel back to the early 2000s. Phones were weird, varied and no manufacturers really knew what was going to work. We had basic flip phones and Nokia’s indestructible bricks, but we also had phones that swiveled, slid and included chunky physical keyboards that seemed absolutely crucial. The Sidekick! LG Chocolate! BlackBerry Pearl! Most were pretty bad by today’s standards, but it was at least easy to tell one model from the next.

Then came the iPhone in 2007; a rectangular glass slab defined less by physical buttons and switches and more by the software that powered it. The device itself, a silhouette. There was hesitation to this formula, initially; the first Android phones shipped with swiveling keyboards, trackballs and various sliding pads. As iPhone sales grew, everyone else’s buttons, sliders and keyboards were boiled away as designers emulated the iPhone’s form factor. The best answer, it seemed, was a simple one.

Twelve years later, everything has become the same. Phones have become… boring. When everyone is trying to build a better rectangle, the battle becomes one of hardware specs. Which one has the fastest CPU? The best camera?