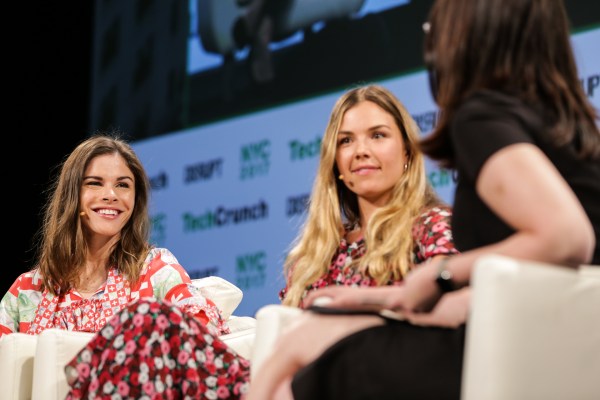 Tyler Haney, the founder and chief executive of activewear label Outdoor Voices, has stepped down, according to the Business of Fashion.

We’ve reached out to Haney directly, as well as board members from the venture firms that have backed the company, including General Catalyst and Forerunner Ventures, and we hope to update this story accordingly.

According to BoF, the transition follows a previously unreported capital injection from Outdoor Voices’ investors at a lower valuation than previous rounds. It says the company tried raising new funding late last year but “had difficulty.”

It cites mismanagement as one overriding reason that Nike and Under Armour veteran Pamela Catlett joined the company a year ago as president but left months later.

Retail legend Mickey Drexler, formerly of J.Crew fame — who was named chairman of Outdoor Voices’ board in the summer of 2017 as part of a $9 million convertible debt round led by Drexler’s family office — also resigned his position last year, though he maintained a director’s seat.

According to BoF, operational challenges aside, Outdoor Voices has had trouble replicating the kind of excitement that met its earliest offerings, including flattering, color-blocked athleisure wear, like leggings, sports bras, tees and tanks.

The company has since rolled out an exercise dress that has gained traction with some consumers, but newer offerings meant to extend the brand’s reach, including solidly colored hoodies and terrycloth jogging pants that are less distinguishable from other offerings in the market, have apparently failed to boost sales.

Indeed, according to the BoF report, the brand was losing up to $2 million per month last year on annual sales of around $40 million.

The BoF story doesn’t mention the company’s brick-and-mortar locations and how they factor into the company’s narrative. But certainly, as with a growing number of direct-to-consumer brands that have been encouraged by their backers to open real-world locations, they’ve become a major cost center for the outfit. Outdoor Voices now has 11 locations around the U.S., including in Austin, LA, Soho in New York, Boston, Nashville, Chicago and Washington, D.C.

Even with (at least) $64 million in funding that Outdoor Voices has raised from investors over the years, it’s also going head-to-head with very powerful, very entrenched and endurably popular brands, including Nike and Adidas. While Outdoor Voices is still in the fight, the shoe and apparel giants have vanquished plenty of upstarts over the years.

What happens next to Haney — a former track athlete from Boulder who first launched the business with a Parsons School of Design classmate — isn’t yet clear. Still, she isn’t going far, reportedly. BoF says she still owns 10% of Outdoor Voices and will remain engaged with the company in some capacity.

Featured above, left to right, Emily Weiss of Glossier and Tyler Haney of Outdoor Voices at a 2017 Disrupt event.