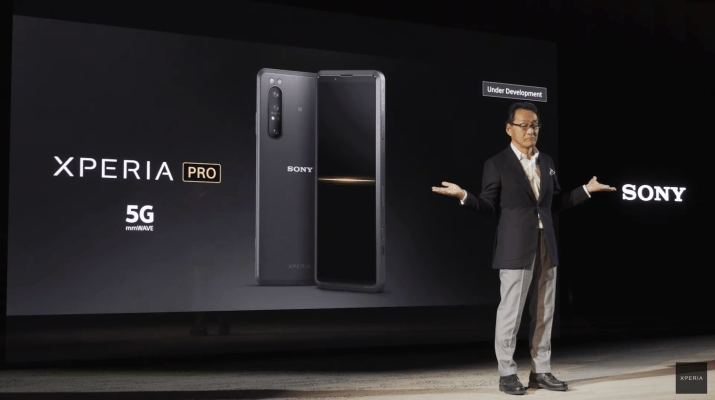 Sony announces a camera-centric phone, Microsoft offers more details about the next Xbox and a liquid biopsy startup raises $165 million. Here’s your Daily Crunch for February 24, 2020.

Sony has announced its first 5G smartphone: The Xperia 1 II — for the curious or confused, it’s pronounced “Xperia One, Mark Two.”

As ever with Sony — a major B2B supplier of image sensors to other smartphone makers — it has made the camera a huge focus. The Xperia 1 II packs three lenses that offer a selection of focal lengths (16mm, 24mm and 70mm) for capturing different types of photos, from super wide angle to portraits.

2. Microsoft offers a closer look at the next Xbox

The headline feature of the upcoming Xbox Series X is, naturally, a new processor. Built on top of AMD Zen 2 and RDNA 2 architecture, Xbox says the chip is able to deliver four times the processing power of the Xbox One.

Liquid biopsy technology has been widely embraced in cancer treatments as a way to identify which therapies may work best for patients, based on the presence of trace amounts in a patient’s bloodstream of genetic material shed by cancer cells. Karius applies the same principles to the detection of pathogens in the blood.

Dubbed “Early Stage Fund II,” the new vehicle will see the firm continue to back early-stage tech companies across Europe and Israel, leading and co-leading seed and Series A rounds.

5. Sensors are the next big thing in space, not starships

“In 2020 I really, really look forward to and hope to see different, new creative types of sensors that are utilizing low Earth orbit for benefits back on Earth,” Bessemer VP Tess Hatch told us in a recent interview. (Extra Crunch membership required.)

So far this year, one of the most eye-popping startup exits has been Visa’s $5.3 billion acquisition of fintech data services platform Plaid. Could this be the start of a brand new mafia born out of fintech, à la PayPal?

The latest full episode of Equity has a counter-intuitive message — equity isn’t always the answer for companies looking to fundraise. Meanwhile, the shorter Monday segment looks at declining stocks around the world. And on Original Content, we review the new Netflix series “Locke & Key.”