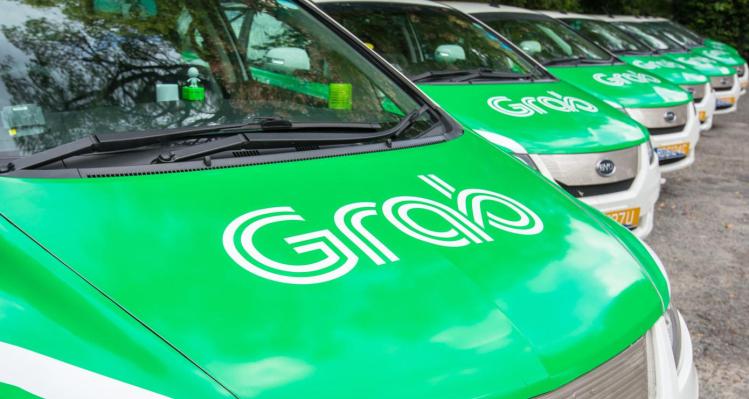 Southeast Asian on-demand transport rivals Grab and Gojek deny that they are involved in talks to merge, but today Grab announced a piece of news that — at the very least — will divert attention from that story, or more likely stoke the fires of speculation that it is indeed gearing up for a deal: Grab said that it has raised $856 million more in funding, in two tranches from strategic Japanese investors, specifically to help grow the other arm of its business, in payments and financial services. Grab did not disclose its valuation with the latest investments.

The news comes directly on the heels of rumors that Grab is in talks to merge with its big regional rival, Gojek . Both companies have denied the reports directly to TechCrunch, although a source close to one of them confirms that they have been talking for 3.5 months — starting just after Gojek founder and former CEO left the company in October to join Indonesian president Joao Widodo’s cabinet.

The funding is coming in two tranches that were actually announced separately.

The first, from Mitsubishi UFJ Financial Group, Inc, will see the firm invest “up to $706 million into Grab to jointly develop next generation bespoke financial services in Southeast Asia to boost financial inclusion in the region,” the two said in a joint statement. MUFG and its regional affiliates will also become “First Choice Bank” to Grab, meaning that Grab will use MUFG first in countries where it operates when it requires a banking partnership for payments or other financial services.

The second tranche is coming from TIS INTEC, an IT solutions business out of Japan, which is putting in $150 million along with a strategic deal to help Grab develop the infrastructure needed to run is growing financial services business, starting with digital payments by way of GrabPay.

Both deals are important not just for Grab but its new investors, which are looking for more opportunities and customer channels into a wider region of Asia beyond their common home market of Japan. Grab’s growth of its “super app” — in which it (like others pursuing a similar strategy) provides a one-stop shop for consumers to both see to their transportation needs, but also other aspects of their connected consumer life, such as eating, entertainment and managing their money — has involved the company partnering with a number of other financial giants, including Mastercard, Credit Saison, Chubb, and ZhongAn Online P&C Insurance Co. Ltd.

The financing development looks like it may have been precipitated by the report that surfaced on Monday from The Information, which reported that it is in merger discussions with Gojek, a ride-hailing business based out of Indonesia and also a big player in on-demand transportation and related services in the region.

A Gojek spokesperson told TechCrunch that “there are no plans for any sort of merger, and recent media reports regarding discussions of this nature are not accurate.” A Grab representative, meanwhile, said that the company declines to comment on market rumors and speculation.

A merger is one possible solution to the costly rivalry being waged by the two companies in Southeast Asia and the statements may be an effort to ward off attention before a deal nears completion.

With a $14 billion valuation and investors including SoftBank, Uber and Didi Chuxing, Grab is the larger company, but it competes head-to-head in Indonesia with Gojek, which has financial backing from Tencent, Google and Visa, among others. Both companies have expanded beyond ride-hailing into a wide range of services, including food deliveries and payments, through their apps.

The logic here is that while ride-hailing has proven to be a very popular business (both in terms of attracting drivers and passengers in the two-sided marketplace), the unit economics of ride-hailing on their own have nevertheless proven time and again to be disastrous — largely because the operational costs needed to build and run these kinds of businesses are just too high when you take into account the competitive landscape.

The biggest companies in the space, such as Uber, have reported billions of dollars in operating losses, leading them to divest of some of the most unprofitable efforts to once-rivals — Grab for example has become involved in Uber’s business in Southeast Asia — and, parallel to that, invest big in expanding to other services to capitalise on their economies of scale.

Thus, with Grab and Gojek, the pair have expanded into delivering other things besides passengers — such as food — and using the financial relationships they already have with users paying for transport in the app to provide other financial services.

But even that may not be enough to tip into the black — a need that investors would have eventually called in, after handing over billions in funding and waiting sometimes for many years to get a return. And that, most likely, is why we are now hearing about deals like this, and will probably hear about more in other regions, too.

According to the Information, executives from Gojek and Grab have met occasionally over the past several years, and began to discuss a merger more seriously recently. But for now it’s the usual story: the two disagree over the businesses’ valuations and how control of the combined company would be split, with Grab telling its major investors that Gojek wants its shareholders to hold 50% of its combined Indonesian operations, and wish to avoid Gojek’s operations getting absorbed by Grab.

If these talks don’t find their way to a signed contract, it’s not clear whether Gojek will have to go out for more funding, or if either/both will look for other strategic partners. One thing is certain: the bigger consolidation trend does mean the field of players is getting smaller.

If they agree to merge, the two companies would potentially also deal with regulatory challenges similar to the ones Grab had to deal with when it bought Uber’s Southeast Asia operations in 2018.

Madrid selects Dott, Lime and Tier for scooter licenses
Plum launches its money management app in five more countries
Valiant Hearts mobile game sequel is set to launch on Netflix Games on Jan 31
Meta expands its partnership with the NBA to offer 52 games in VR
HBO’s ‘The Last of Us’ gets a second season following successful debut