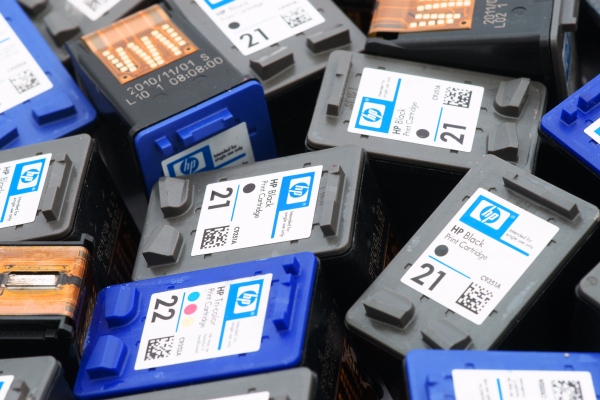 To ward off a hostile takeover bid by Xerox, which is a much smaller company, HP (not to be confused with Hewlett Packard Enterprise, a separate public company) is promising its investors billions and billions of dollars.

All investors have to do to get the goods is reject the Xerox deal.

In a letter to investors, HP called Xerox’s offer a “flawed value exchange” that would lead to an “irresponsible capital structure” that was being sold on “overstated synergies.” Here’s what HP is promising its owners if they do allow it to stay independent:

If all that read like a foreign language, let’s untangle it a bit. What HP is telling investors is that it intends to use all of the cash it generates to reward their ownership of shares in its business. This will come in the form of buybacks (concentrating future earnings on fewer shares, raising the value of held equity) and dividends (rising payouts to owners as HP itself makes more money), powered in part by cost-cutting (boosting cash generation and profitability).

HP is saying, in effect: Please do not sell us to Xerox; if you do not, we will do all that we can to make you money.

Shares of HP are up 6% as of the time of writing, raising the value of HP’s consumer-focused spinout to just under $34 billion. We’ll see what investors choose for the company. But now, how did we get here?

The road to today

You may ask yourself, how did we get here (to paraphrase Talking Heads). It all began last Fall when Xerox made it known that it wanted to merge with HP, offering in the range of $27 billion to buy the much larger company. As we wrote at the time:

What’s odd about this particular deal is that HP is the company with a much larger market cap of $29 billion, while Xerox is just a tad over $8 billion. The canary is eating the cat here.

HP never liked the idea of the hostile takeover attempt and the gloves quickly came off as the two companies wrangled publicly with one another, culminating with HP’s board unanimously rejecting Xerox’s offer. It called the financial underpinnings of the deal “highly conditional and uncertain.” HP also was unhappy with the aggressive nature of the offer, writing that Xerox was, “intent on forcing a potential combination on opportunistic terms and without providing adequate information.”

Just one day later, Xerox responded, saying it would take the bid directly to HP shareholders in an attempt to by-pass the board of directors, writing in yet another public letter, “We plan to engage directly with HP shareholders to solicit their support in urging the HP Board to do the right thing and pursue this compelling opportunity.”

In January, the shenanigans continued when Xerox announced it was putting forth a friendly slate of candidates for the HP board to replace the ones that had rejected the earlier Xerox offer. And more recently, in an attempt to convince shareholders to vote in favor of the deal, Xerox sweetened the deal to $34 billion or $24 a share.

Xerox wrote that it had on-going conversations with large HP shareholders, and this might have gotten HP’s attention— hence the most recent offer on its part to make an offer to shareholders that would be hard to refuse. The company’s next shareholder meeting is taking place on April 1, 2020, and it won’t be an April Fool’s joke when we find out the final reckoning.