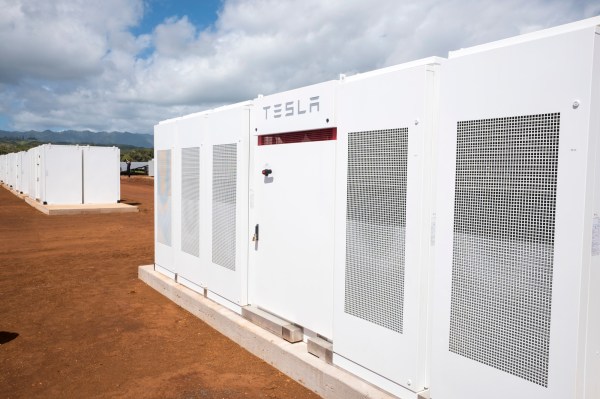 A little over a year after sparking a legal firestorm for musing that he would take Tesla private for $420, Elon Musk is likely glad he didn’t.

Tesla’s stock just hit a record high yesterday, brushing close to $400 per share and putting the company within striking distance of that $420 figure that cost Musk $20 million in fines with the Securities and Exchange Commission.

Since Tesla announced a surprise profit in the third quarter of the year the stock has been on a tear, recovering from its year-long tumble wrought by Musk’s Twitter tirades and extracurricular shenanigans.

The company’s core business is looking very strong, thanks in part to a weak performance by rival automakers electric vehicle offerings and the seemingly successful ramp up of manufacturing and sales in China.

There’s also another tailwind at the back of Tesla’s business and that’s in its far smaller (for now) energy business.

Lost in the hubbub over the decisions to slash costs of its Chinese manufactured vehicles by 20%; the success of the new gigafactory in the country; and the beginnings of a new gigafactory in Berlin was the news that the company had sold its first Megapack — a massive lithium ion battery installation — to a utility in Alaska.